I finally broke down and bought a decent tripod. Actually, I did more than that.  I bought the best tripod that I could find. As is often the case, the best was also the most expensive – just under $1,000 delivered.

Yes, photography is a sickness. I could've bought a new sink & garbage disposal for the house, because I really need one.  Come to think of it, I also could use a new stove.  Even a new fridge would be nice. Much like the tripod, I have all of these things and they work.  They just don't work at the best level. So when it came time to depart with my money, what did I prioritize? Something I will use every day? Something to make my home nicer?  No, how dare you even think something like that.  I laugh at you.  I bought a tripod.

I've made the classic mistakes that Thom Hogan warned against in this article. Just as he predicted, I made them in order. To be fair, some of them worked fairly well for a time, but they just weren't good enough. I have some shots with VR lenses that astound me for something hand-held at 1/8 of a second. Up until last week, I was still carrying around my Bogen 3021 legs. 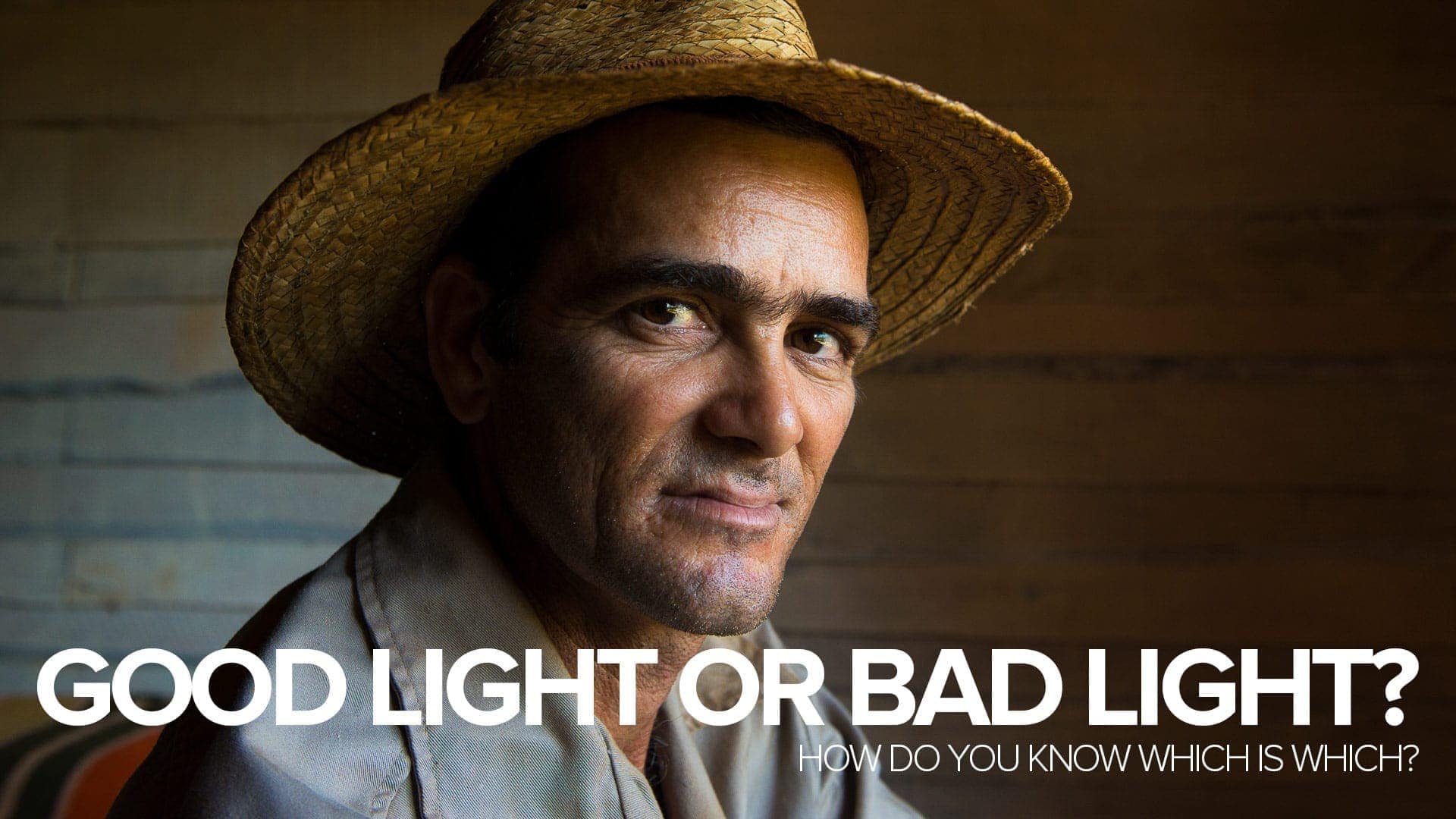 Trending
Good Light or Bad Light: How Do You Know Which is Which?

At the time I bought those legs, I thought the pistol-grip ball head (Manfrotto 322RC2) seemed pretty cool.  At least it was cool until I tried to take my first panorama and realized there was no smooth way to pan with it.  It also seemed awkward if I needed to tilt the camera up or down.

That's when I finally broke down and bought a Really Right Stuff (RRS) BH-40 ball head and L-plate for my Nikon D700. The price made me step back a few times and it was a real pucker-factor decision when I finally ordered the gear. Other photographers raved about this gear online, but I had never really seen it in person and couldn't imagine that it could be so great as to rationalize the price.  I was making a leap of faith.

Fortunately, I landed on my feet. The BH-40 is fantastic. It's not the “full of bells and whistles, serves you breakfast-in-bed” type of fantastic. It's the “works flawlessly every time and works better than anything else I've seen” type of fantastic. It doesn't fall apart. It's designed to keep the camera weight centered over the ball head no matter which way you're shooting. Simple, brilliant design meets quality manufacturing. Once you have it and your money is gone, you don't think about the cost any more.  Instead, you just wonder why all of the other products are so stupidly designed when it's clear how things should work.

Now my tripod legs seem archaic in concert with this ball head. The prevailing wisdom is that Gitzo tripods are the best, but somewhat expensive. There's a large catalog of tripods in the Gitzo line-up, and I was having a bit of trouble determining which one would be best for me. In fact, I wondered if there would a rational for getting a couple sets of legs over time.

When I bought my BH-40, I originally thought about getting the larger BH-55. Quite honestly, that unit is overkill for the gear I have.  The BH-40 is fine for my camera and 70-200 lens. It didn't seem likely that I would ever buy a 600mm lens and need the larger ball head, so why spend the money on the bigger one when I don't need it? At some point, I'm going to find out that I wish I had the larger head when I want to rent larger glass.

That kind of thought was in my mind when I was looking at tripods. Fortunately, I was able to see various Gitzo and Really Right Stuff tripods side-by-side at the Photoshop World Expo. Both are excellent products, but I found subtle differences where the RRS product seemed superior. One of those subtle differences is the way the RRS SureGrip Apex Lock. The Gitzo apex lock is a split design that comes together around the apex. The RRS apex is a complete circle that contracts, thereby eliminating a point of weakness in the split design.

Does this matter to me? Has anyone had a problem with their Gitzo apex falling apart under stress because it used a split design? If so, I had never heard of it. All I've ever heard is that Gitzo owners are happy with their tripods. While this particular factor wasn't selling me out of fear of failure, it did sell me from an engineering perspective (note: I'm an engineer in my day job). In other words, I liked the way these people think. They'd already proven it to me with the BH-40 and how I was seeing similar design consideration in the tripod legs. RRS won me over with the design. When I compared prices with comparable Gitzos, the TVC-33 really wasn't that much more money.

I could have saved a bit of money by going with a smaller sized TVC-23 tripod. Once again, it wouldn't necessarily have been a bad decision. It would have no problem supporting my current gear and the stuff I'm likely to own in the near future.  However, I didn't want to put myself in the position of wishing I'd bought something else if I decided to rent some big glass and go shooting bears in Alaska, or something like that.

While the folks from RRS who gave me info at Photoshop World did a great job showing me their product and the Gitzo legs, that pucker factor returned.  I couldn't pull the trigger there. I had to go home and mull over if I was really going to spend a thousand dollars on a tripod. Had there been some discount offer on the show floor, I probably would have signed up in order to take advantage of it.  The only thing that was really holding me back was the cost.

I ultimately decided to pull the trigger and the TVC-33 arrived last Thursday. It's amazingly light compared to my Bogen 3021 legs. The legs are easy to deploy. The part that really freaks me out is the weight it supports.  My old Bogen 3021 is rated for about 13 pounds.  It feels heavier and stronger than the TVC-33, but the latter can hold about 50 pounds.  Freaky.

Now I'm happy with my purchase. It feels like I have something that will surpass my current needs and shouldn't need replacement due to some inconvenience or missing feature. That's more than I can say for my kitchen sink and garbage disposal.