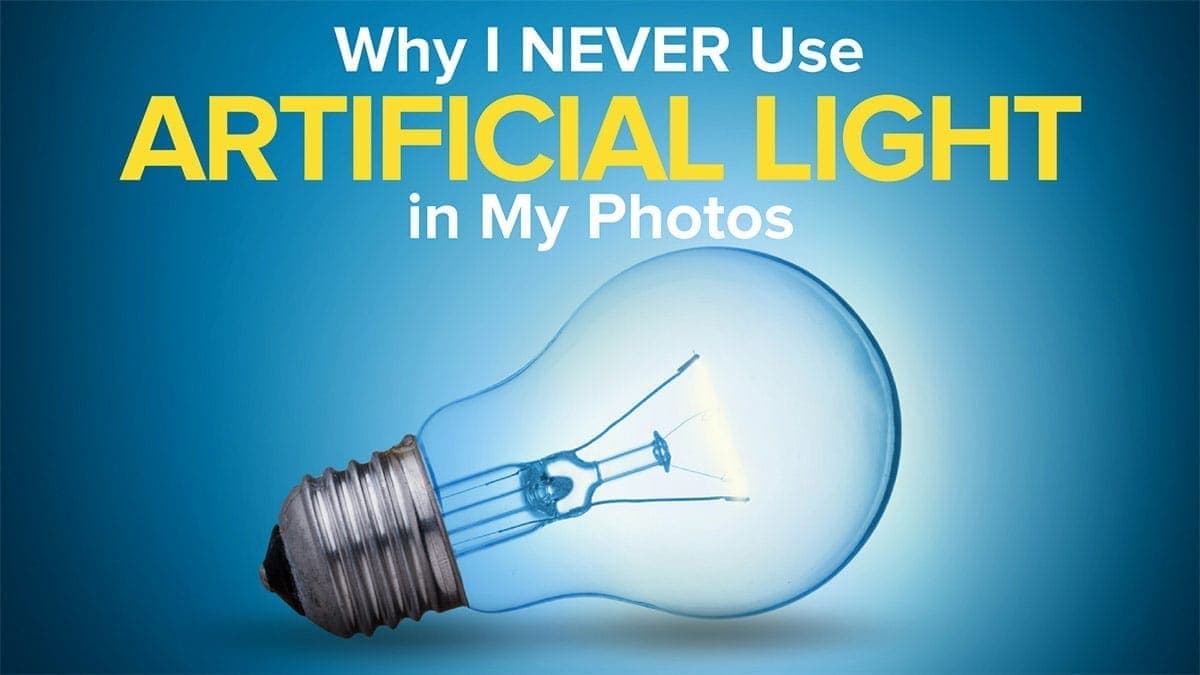 There are some people who call themselves Natural Light Photographers and they never use flash. There are people who use flash all the time and call it Artificial Light.

I have to be honest, it's hard not to roll my eyes at either of these folks. Not that I do that, it would be incredibly rude. On the inside, though, I'm just wondering what they're thinking. The reason I never use artificial light is because there is no such thing at all.

All light is natural.

It doesn't matter if the light comes from the sun, a flash or a glow worm. Light is light.

It doesn't matter what generates light. It's still light. It's exactly the same thing. Since light is found in nature, light is natural. Since the light we generate from a flash is still electromagnetic radiation within the visible spectrum, it is natural light.

The Sugar vs. Sweetener Example

If you want to add a sweet taste to your food or drink, you can use a natural sweetener, like sugar. The problem with sugar is that too much of it rots your teeth and contains a lot of calories.

So scientists developed an artificial sweetener (saccharine) without the calories. It's hundreds of times sweeter than sugar, so you don't need as much of it to get the same effect.

So in the case of sweeteners, there is an artificial choice that does the same job as the natural choice. Saccharine and aspartame are not natural sweeteners, but they taste sweet.

We don't have that alternative with light. There is no artificial way of generating illumination that does the same job as light. What we have instead are tools that generate electromagnetic radiation on demand. That means we don't have to wait for the sun or lightning to strike in order to benefit from natural light.

As photographers, we concern ourselves with light. While you can document a subject with almost any kind of light, it takes a bit more work to evoke a mood or create something artistic with light.

Here are three aspects of light that you need to evaluate to get the right look for your photos.

When light has all the colors of the spectrum, we see it as white light. That's typically what we get from a flash, too. However, we can see changes in the color of light in nature, and we can adjust those colors ourselves.

One of the easiest ways to change the color of light is to use a gel over the flash. We can use these for color correction or for creative reasons.

Color correction gels, like Color Temperature Orange (CTO) help us correct the color of light from our flash to match the available light. If you're creating portraits at sunset and the sunlight is a warm color, your subjects will look out of place if you hit them with white light. So we put a gel over the flash to correct its color temperature to match the surrounding ambient light.

If you ever decide to use bounce flash indoors, be careful of the color cast you could create by bouncing off a brown wall, or any other color.

Light travels in a straight line. When it hits something, it reflects to a different angle and then continues on a new straight line. The thing to remember is that there are a lot of photons in a beam of light. While they all travel in a straight line, that doesn't mean they all follow the same direction when they reflect.

You can use direction of light to create different moods and shadows in your photography.

Typically, we think of light coming from above, but there are plenty of circumstances when light comes from different angles. After all, the sun rises in the east and sets in the west. It covers an arc of different lighting angles through the day. 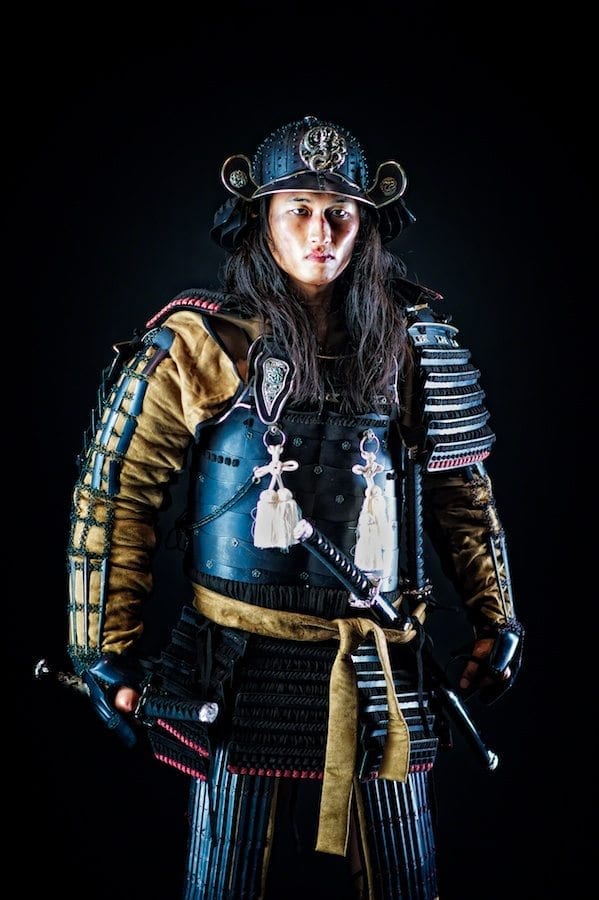 Photographers often use lighting techniques that come from different angles. Using multiple light sources help to define the shape of our subjects and separate them from the background.

One common way to do that is with cross-lighting, or using sidelight from opposite sides of the subject.

Light modifiers use diffusion to scatter those photons in different direction or to cast them in a relatively straight line. It really depends upon your subject to make the right call.

Sometimes you can find existing elements that help you shape the light. 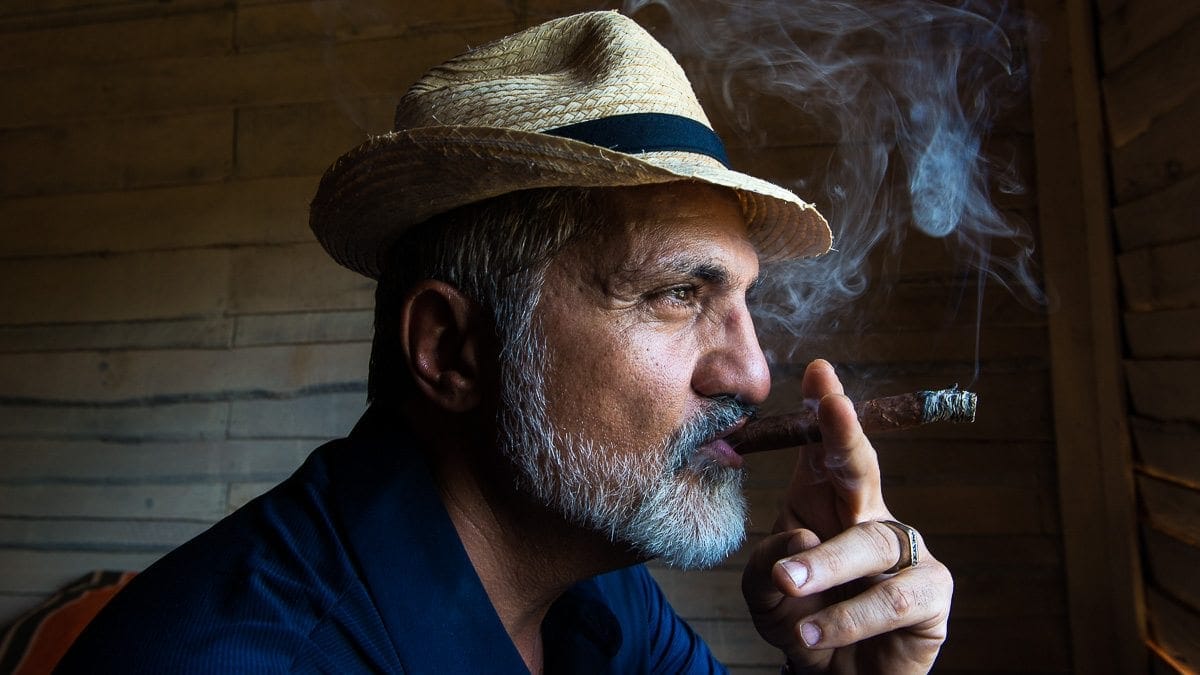 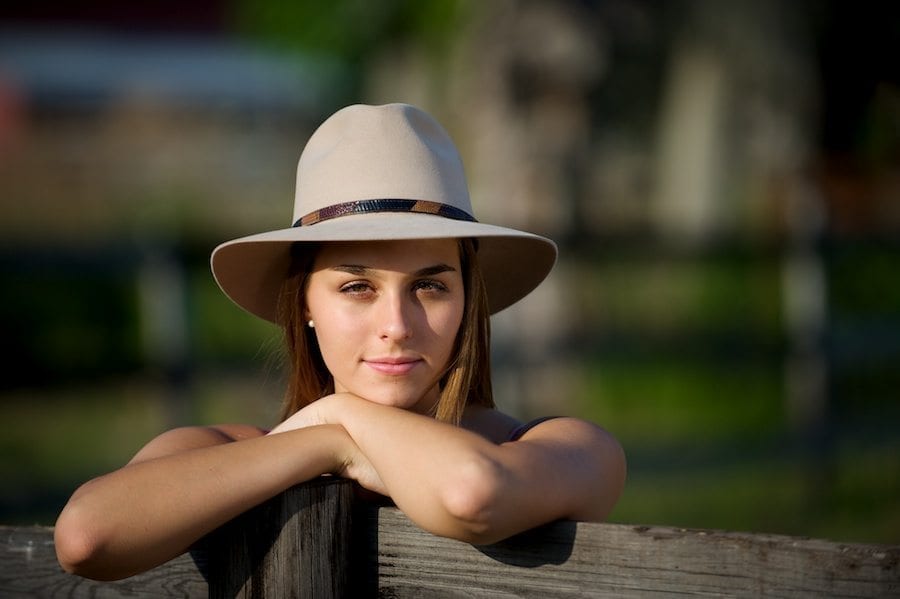 This photo is also sidelight, but it's outdoors. The light creates harder shadows because it doesn't have anything diffusing the light before reaching the subject. Note the hard shadow on the fence under her left elbow, and the shadow cast by her nose on the left side of her face.

Adding some diffusion material between the sunlight and the subject would've softened those shadows and created a better quality of light. 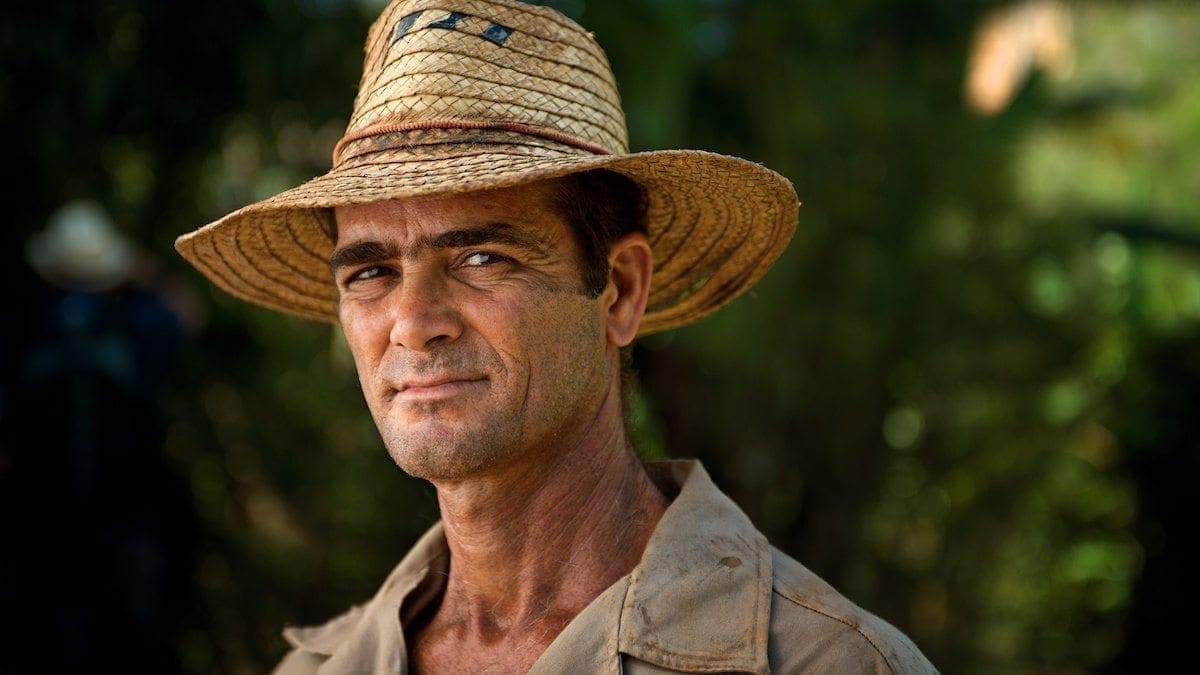 This farmer is standing in harsh sunlight, but he has a soft quality of light on his face thanks to a white bedsheet held close to him to diffuse the sunlight. 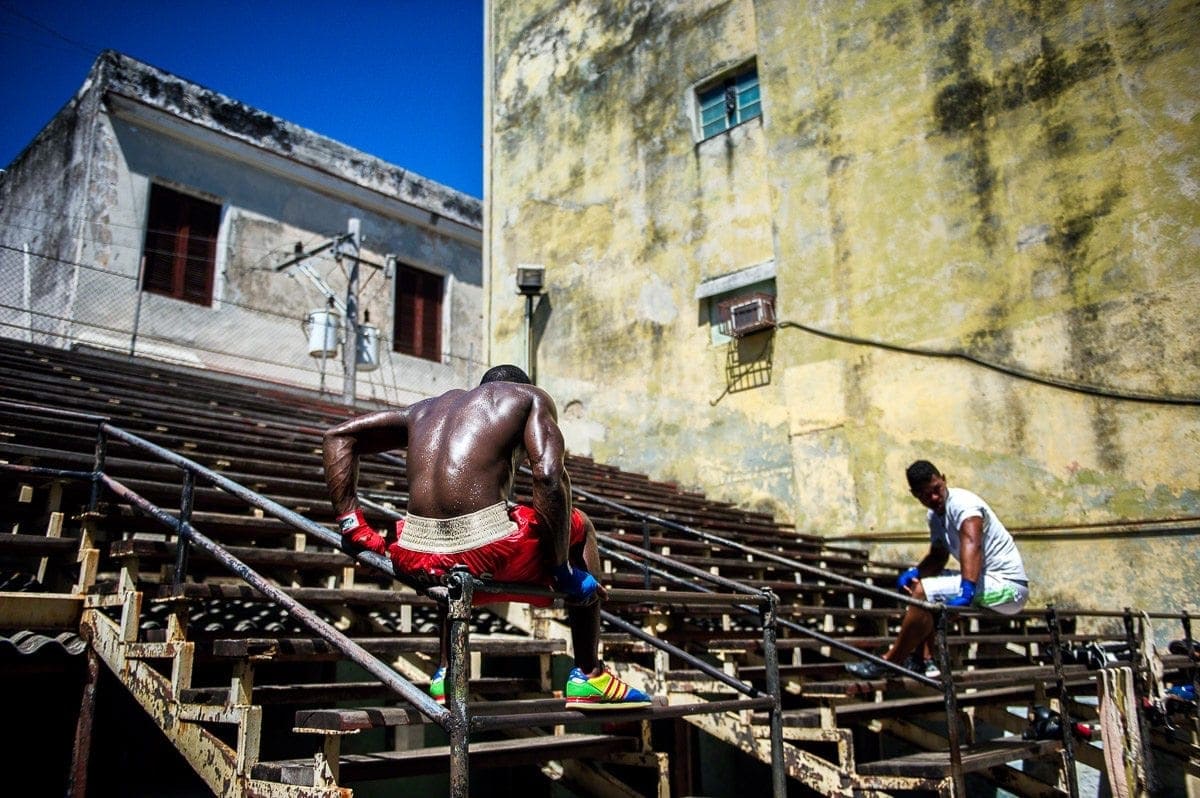 Hard sunlight adds specular highlights and deep, well defined shadows. That works for some subjects, such as these boxers who worked up a sweat in training. Hard light shows how tough they are, and how hard they workout.

With ambient light, your option is to adjust your aperture, shutter speed or ISO to control the amount of light hitting the sensor. However, those settings are global changes. What if you need different amounts of light on different parts of your scene?

This is where flash truly helps. Portrait photographers love sunset to capture beautiful skies in the background. The problem is that exposure often leaves their subject hidden in shadows.

The solution is to add a different quantity of light with flash to expose the subjects. Instead of using the exposure triangle, now photographers can adjust the power output of their flash to control the quantity of light hitting a specific part of the scene.

The Pros and Cons of Available Light vs. Flash

Whether you use available light or carry a flash, each has its share of problems and benefits. Let's take a look at some of the differences between them.

The Truth About Light

Light is light. It can be magical and wondrous based upon conditions. Whether those conditions appear in nature or you put them in place to shape the light, the result makes no difference to your camera's film or sensor.

The argument shouldn't be about natural light vs artificial light. It's all the same thing. What matters is how best to use the light at your disposal. 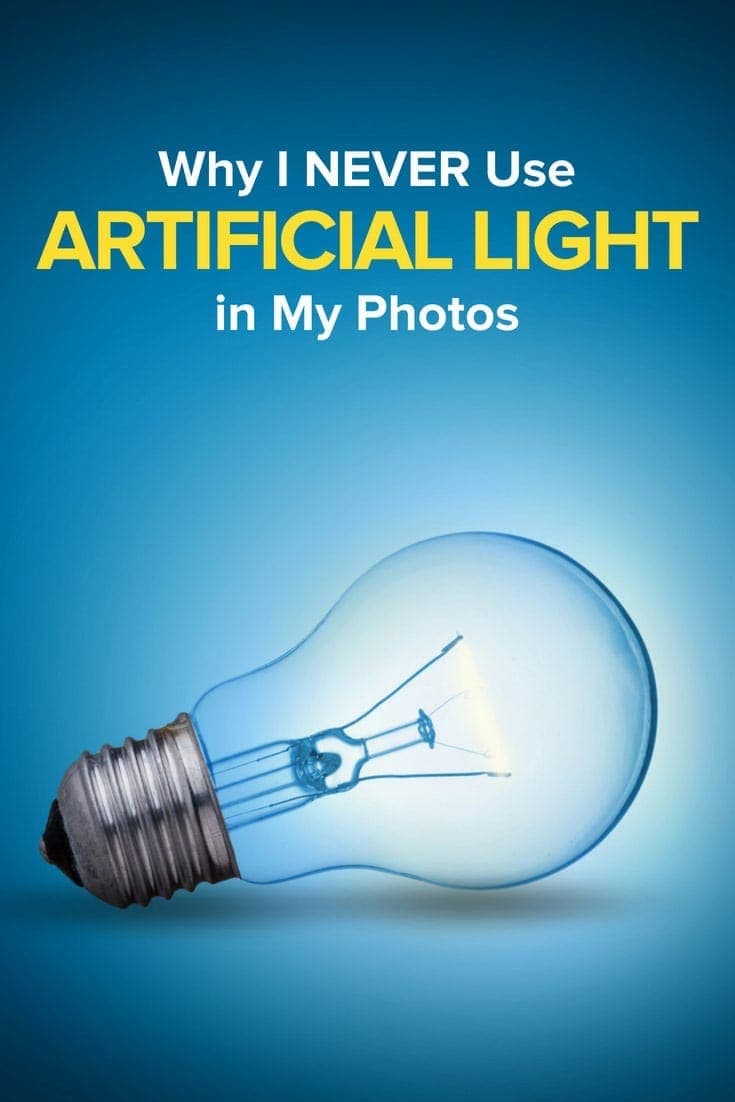 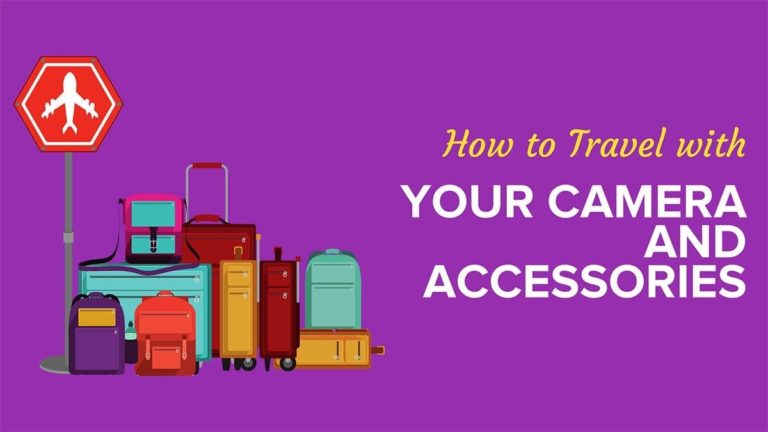 Understanding how to travel with your camera and photography accessories can save you a lot of aggravation, pain and potentially money. This episode talks about some of the things you need to consider before you decide to hit the road or board an airplane with your photography gear. Why You Should Always Keep Your Camera… 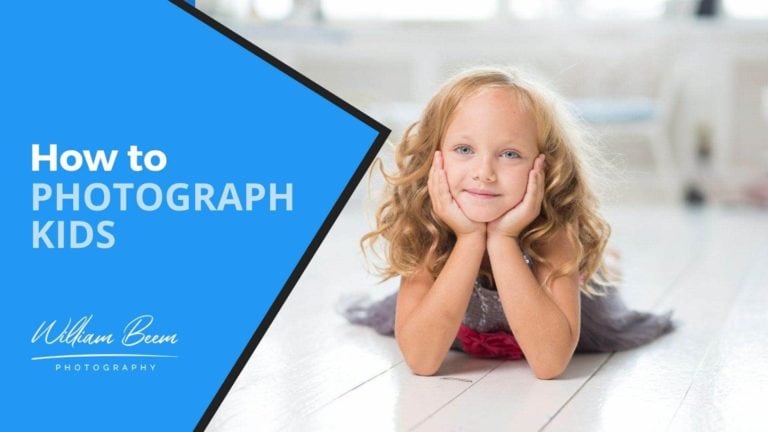 If you have kids in your family, it’s a good idea to know how to photograph kids. Your family deserves more than snapshots with Aunt Edna’s knee sticking out the side of a photo. The only thing worse than having nothing more than snapshots of family gatherings with bad lighting and cluttered backgrounds is to… 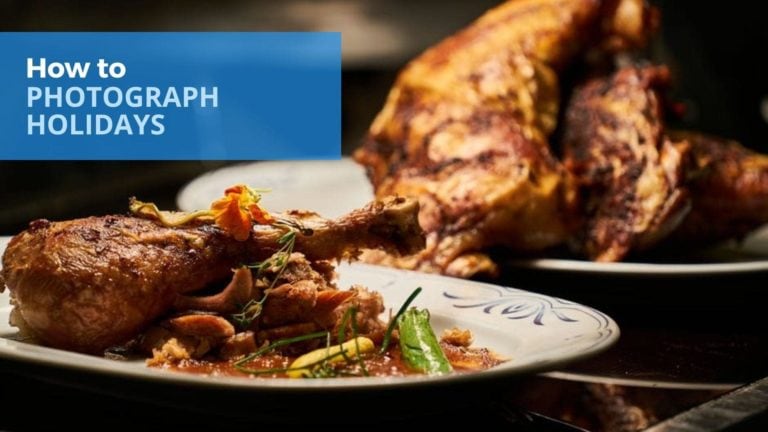 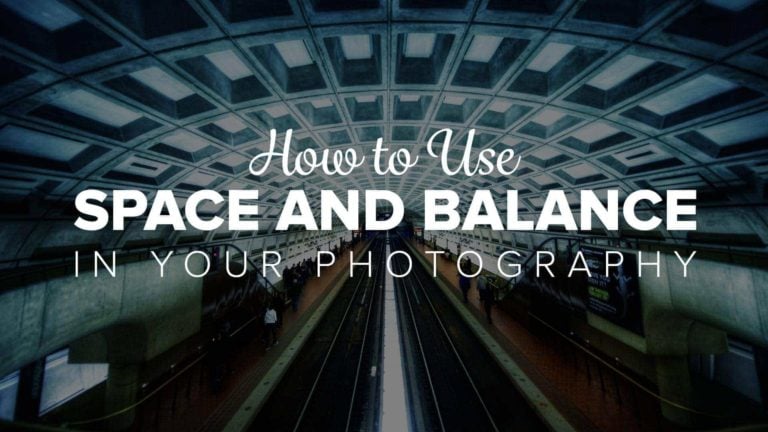 Space and balance should be part of any photograph or artistic work. Balance is a basic premise of design. It describes how the elements of art relate to each other in the composition. Done properly, balance provides visual equilibrium. In other words, the visual weight seems equally balanced. Space is a part of balance and… 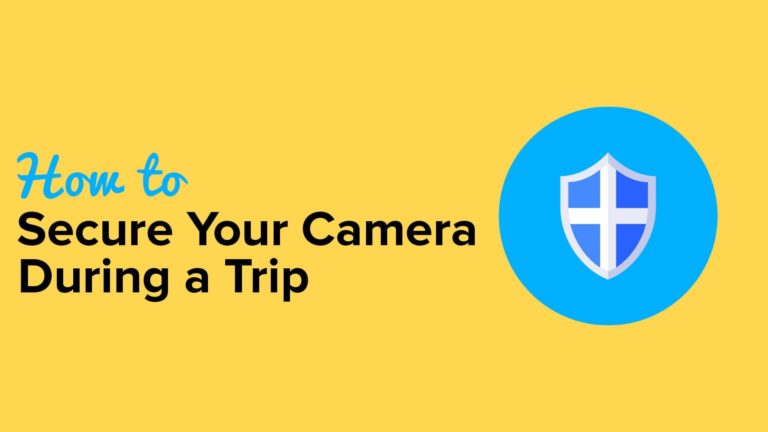