We can use texture in our photos to engage the people viewing them.

Think about it for a moment. When you see something with texture, you imagine how it feels. Even if only for a split second. That time may not seem like much, but the human mind is a pretty impressive calculating machine.

If we can get someone to stop for a moment and think about something in our photos, then they've engaged with us. Using texture is a way to get your hooks into an audience. Make them curious and incite their tactile senses.

That's just the start, though. You can use texture to do more in your compositions to excite the mind and draw people into your photo.

This episode and blog post are part of a series we're creating to expand upon this blog post.

As a list of 10 elements of composition, I thought the post touched on some useful ideas. However, I decide that it may help if we expanded a bit more on each of those elements. I hope this gives you some ideas to use in your compositions.

Why Are Tactile Senses Important?

Tactile sense, or the sense of touch, is something we do from our earliest days. It's the way we explore as children. Before we can make out sights and sounds, we know what feels good and what doesn't. We're programmed to respond to our sense of touch.

Tactile response, or the sense of touch, is the only sense we have that allows us to come into direct contact with a stimulus. We see can see things or hear things. Sometimes we even smell things. Those all have impact upon us, but the sense of touch has very powerful, non-verbal communication.

Do you remember being a child and your mother running her fingers through your hair to show you how much she cares? Whether you shake hands or hold someone close, that sense of touch provides a very powerful message

We remember those feelings we get when we touch something. The fur on your favorite dog, or maybe a comfortable piece of fabric. It's all inside of your memories, and waiting to come back to you when something triggers a memory, or sparks curiosity about something you've never touched before.

If you've been to a museum or some other kind of display that was just out of reach, didn't you always want to cross the barrier and feel it? We connect with people, animal and objects using the power of touch. Being deprived of touch is an emotional experience in itself.

So when you see something with texture, your mind either recalls previous experiences that tell you how it feels or it engages your curiosity to wonder how it feels. Either way, you've engaged your audience.

Use Texture to Add a Third Dimension to Photos

In a previous article, we talked about the importance of depth and dimension in photos. Texture is a part of that discussion. It just doesn't need to have much depth from front to back in order to communicate something real or tangible within your photo.

Have you ever touched an alligator?

As a child, I thought of them as slimy, scaly monsters. Two out of three of those perceptions were wrong. Alligators have remarkable and tough texture on their hides. The texture changes from one part of the gator to the next, too. Some areas have very large and wide areas of texture, and just a few inches away are textures that are even smaller and softer.

You can see that change in texture in the photo, and it provides a 3D sense when you look at the animals. It's not just that some of the gators are closer to the camera than others. You can see how the ridges and texture on their skin protrude and recess to give them the appearance of dimension and depth – on a small scale.

Try to imagine them with completely flat skin.

It just doesn't reach your mind the same way, does it? Something about that texture on their hide tells you about their nature. Even baby gators have that texture. Human babies are soft and smooth.

Even if you've never touched a gator or crocodile in your life, you know something about that texture and you can contrast it to other textures you've experienced in life.

Use Texture to Lead the Eye 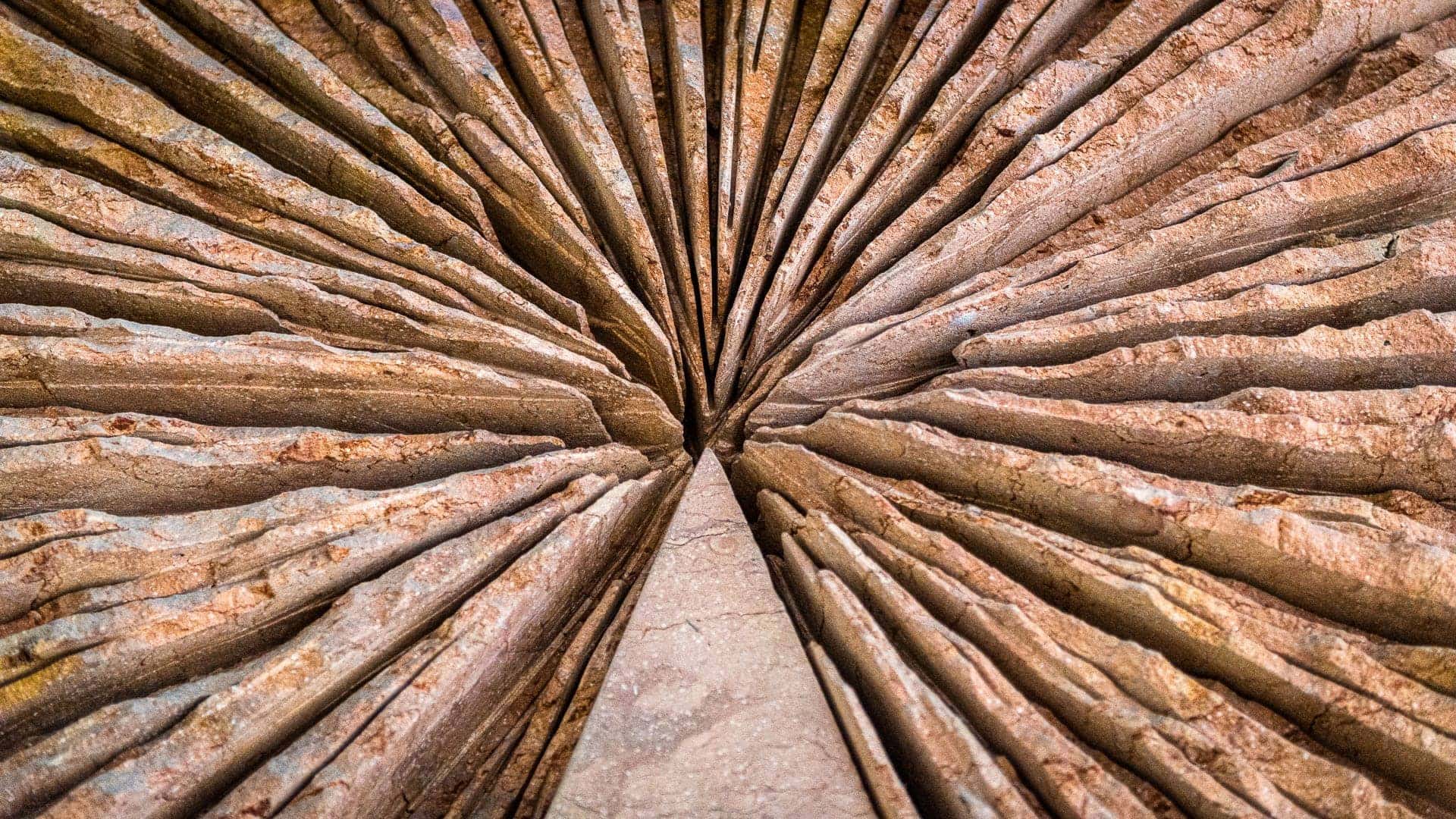 I'll admit this is a heavy-handed example of how to use texture, but there's a point here. Sometimes, texture provides you with leading lines to direct the viewer's eye where you want it to go. More important, using texture in leading lines is often more interesting than just another set of railroad tracks or an empty road leading to the horizon. 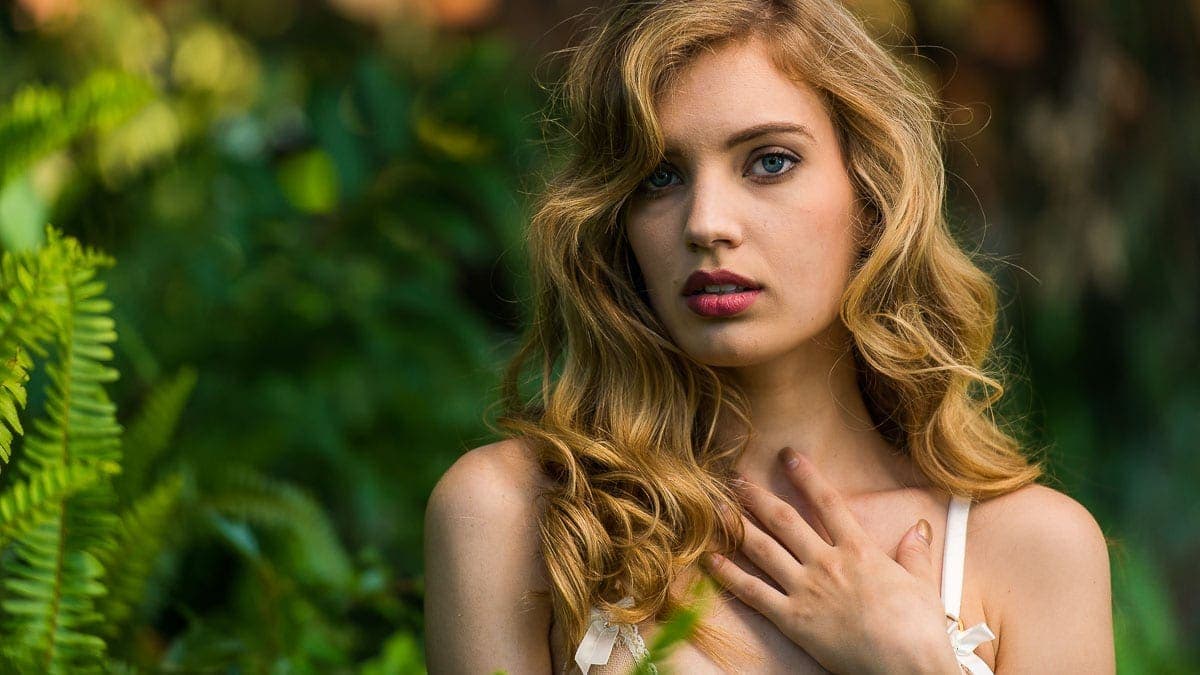 You probably think I'm going to talk about the ferns, but there are other textures going on here that help direct your eye. Her hair provides texture that frames her face, contrasting it with the smooth skin on her face.

Texture often works best when it contrast something smooth with something a bit busier.

Don't Use Too Much Texture

Texture can be rough or smooth. It can be silky or scaly. Imagine things you can touch and there's a type of texture to go with it. However, I want to caution you against having textures invading so much of your photograph's composition that it just becomes a meaningless mess.

Contrast your subjects texture with something that is its opposite. Don't follow this example. 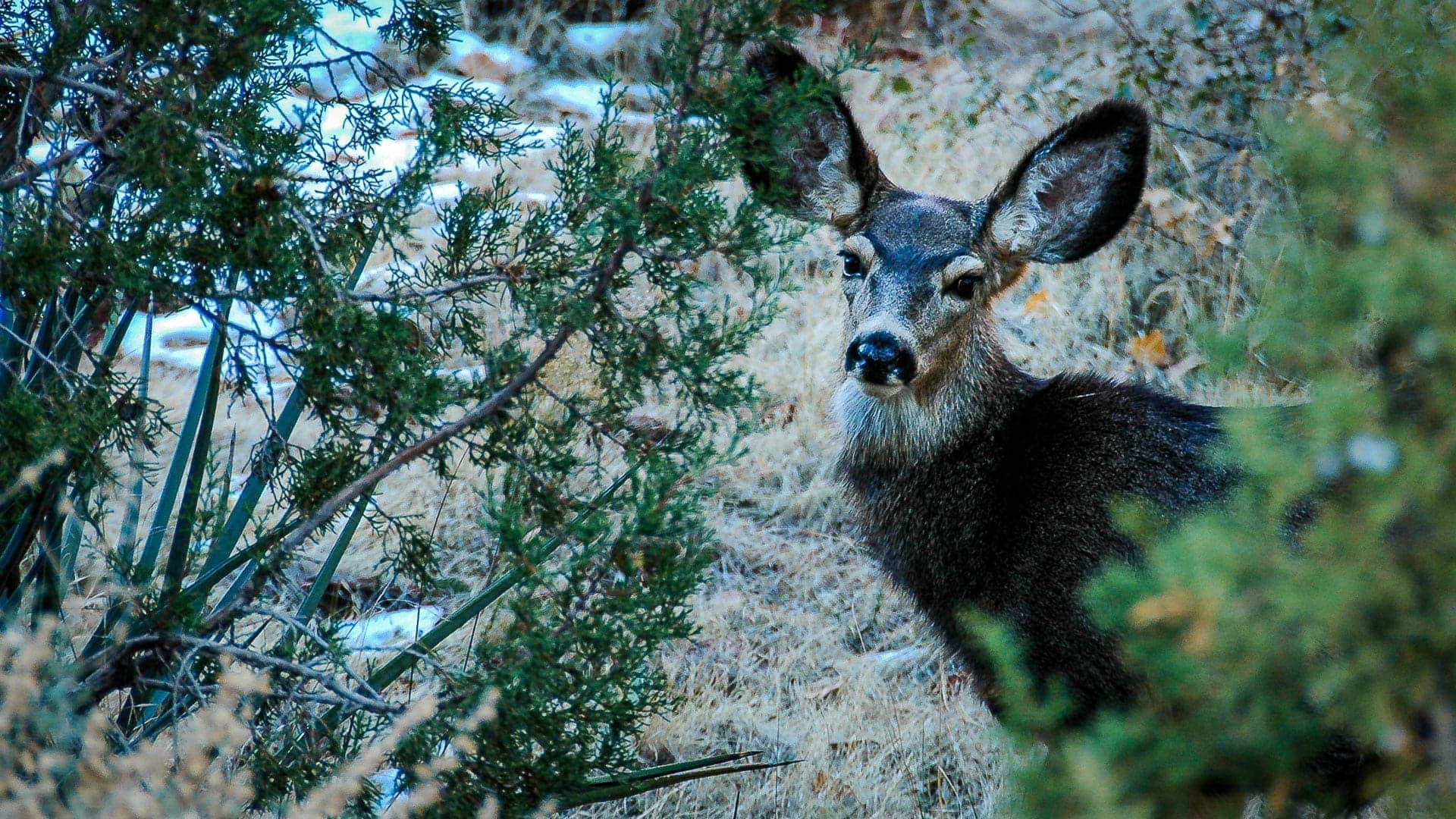 They say you should only show your best photos, but I'm here to educate, inform and entertain with some of my worst photos.

This furry little fellow checked me out some years ago at Zion National Park, so I grabbed a quick photo. I thought the space between the branches framed him nicely and went on with my day (which mostly consisted of slipping and falling on icy paths).

I get home and realize this is something I should never show anyone. It's just too busy. Yes, there's a frame for the furry little fellow. However, the branches in front, the fur on the fellow, and the grass behind it just assaults your mind with too much information. Too much texture!

So I'm embarrassing myself here for two reasons:

Maybe I could've gotten a better photo of him in a different location, but he wasn't really the reason I was in Zion. This was a snapshot and it shows.

It shows that I'm no wildlife photographer because I don't have the patience to wait in the right location for a nice critter photo. However, it also shows not to get too caught up in only one element of composition. All I thought about was the frame. I should've considered the competing textures and just enjoyed the moment with this little guy.

Some photographers prefer an air conditioned studio to trekking through the wilderness amongst wild animals that may lick or eat you. As I get older, I see the wisdom of this approach.

What is a studio, anyway? It's really just a big box where you have to bring stuff in to take a photo, rather than going out to take photos on location. Both have their merits. The nice thing about studios is that you can fill them with your imagination, control your lighting, and be within comfortable distance of a place to have lunch.

You can get backgrounds with texture and use them in your studio. 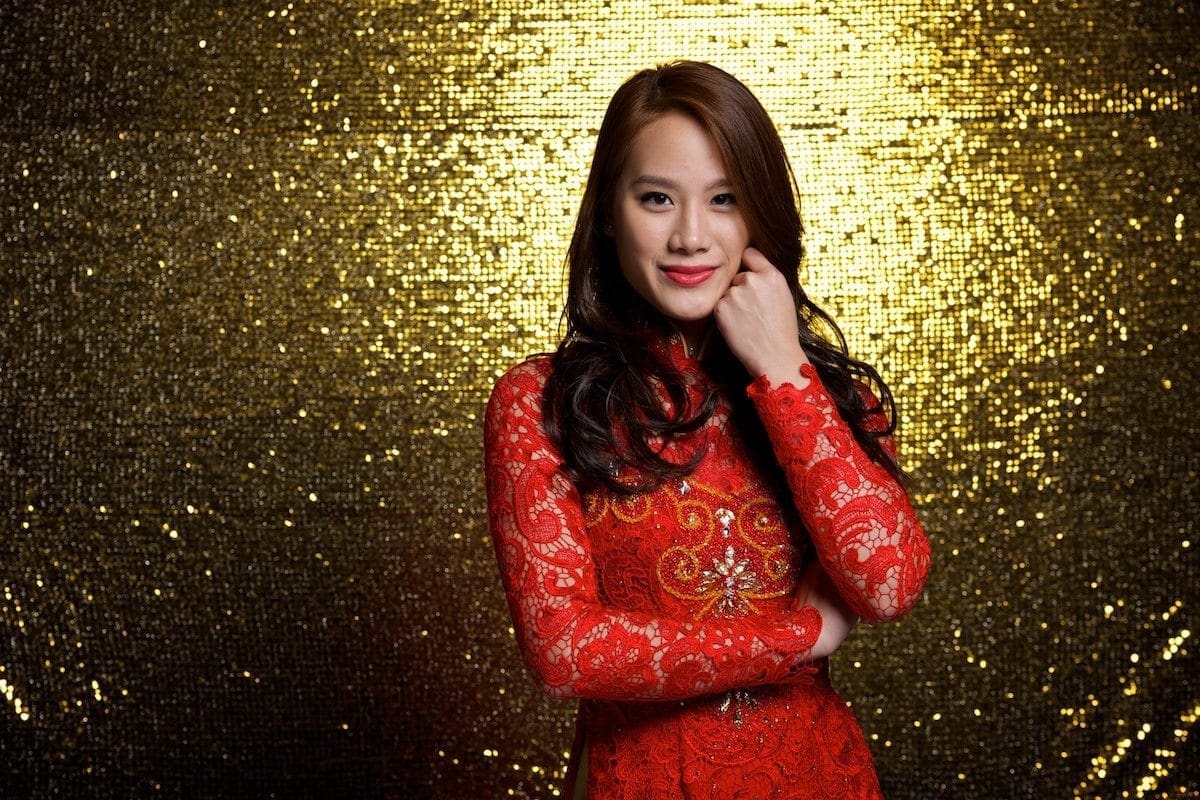 The problem with this approach is two-fold. It takes time and money to get those interesting backgrounds, props and wardrobe. Sometimes you can borrow, trade or negotiate, but you're still spending time.

An alternative approach is to take your photos on a plain background, and then add texture later. Here's an example of an unedited portrait shot on a white background. 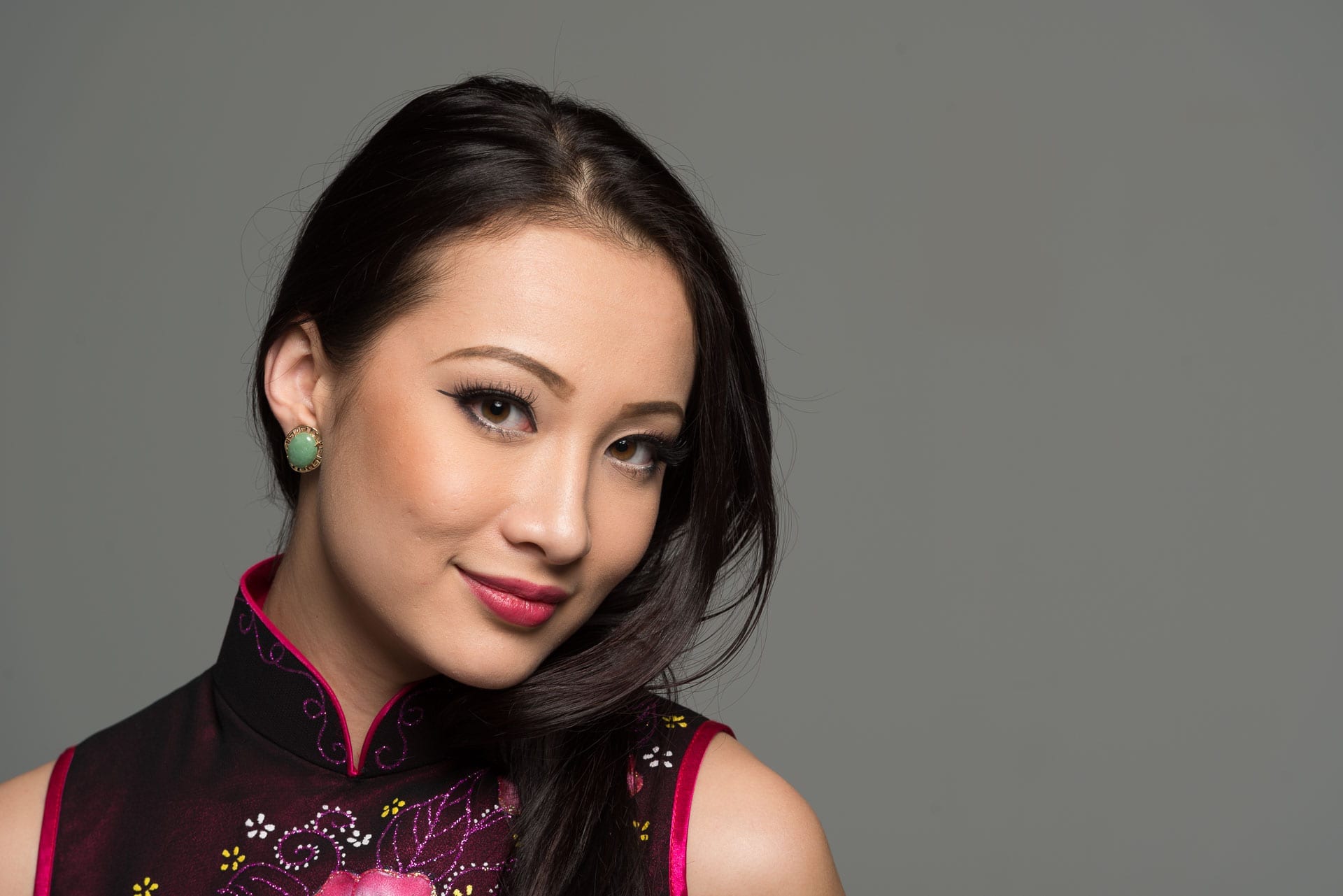 I used Photoshop to replace the background with another photo of a texture that I liked, giving this result. 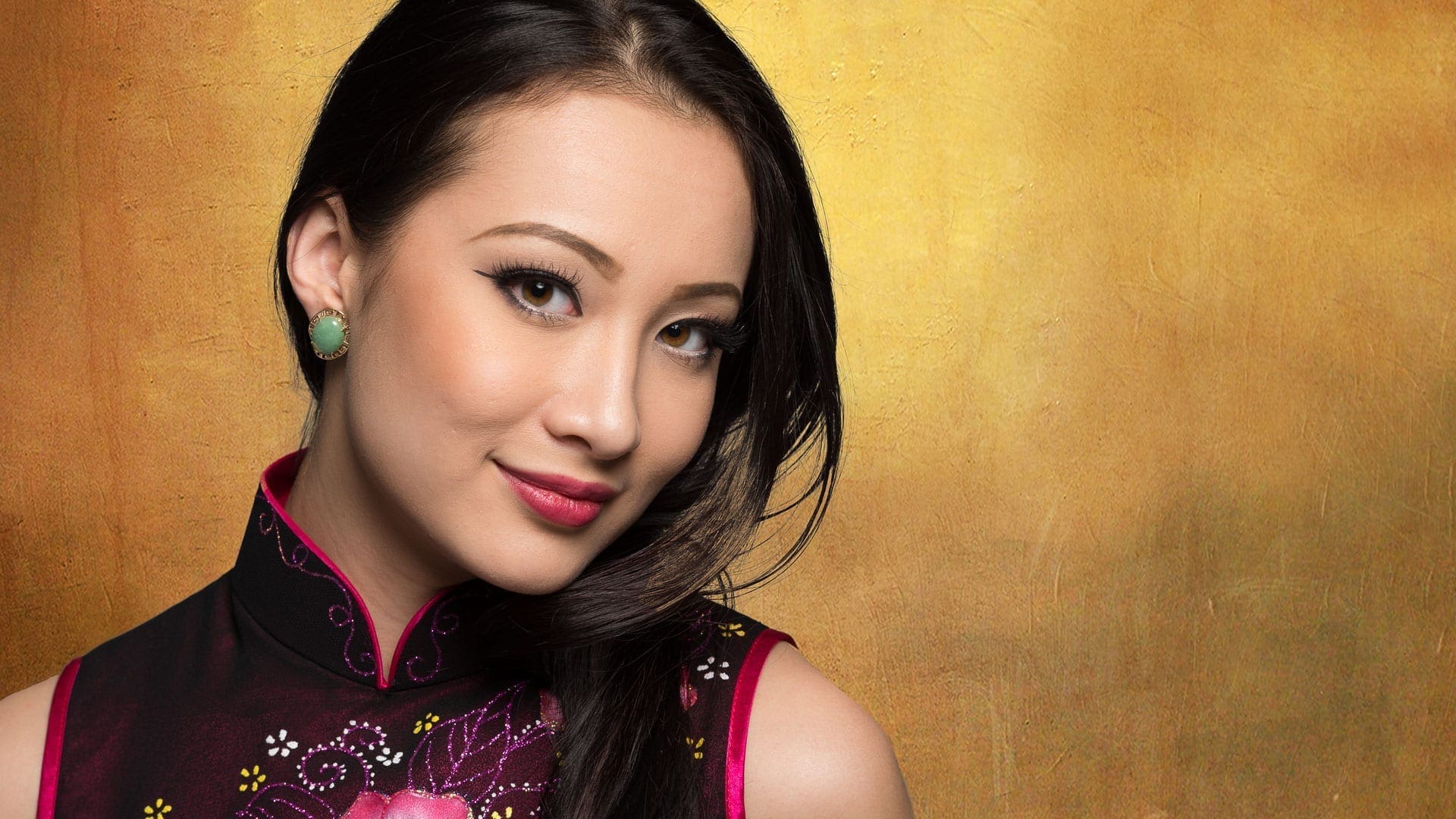 The advantage of this approach is that you can change texture or colors very easily. You can use the same photo a number of times, or use the same texture background on multiple portraits.

Keep an eye on the lighting of your subject and the direction of light on your background. If they don't match, your audience will realize that something is off and it just turns them away from the photo. They may not even know it's the lighting. They just know something just doesn't look right.

As important as lighting is, so is adding a subtle shadow behind your subject. Again, the mind knows that light has direction. Something blocking that light should cast a shadow – even a very soft shadow.

Texture Adds Realism to Your Photos

Not every photo is about realism. Some people do great work with abstract or surrealistic photos. I'm not one of them, but I can enjoy an interesting piece of work.

Even when reality isn't you objective, it's not something you can ignore. Viewers are rooted in reality and they need something they can understand, even if they want to escape from reality. That's why I chose a header photo for this article that's a bit abstract, yet still rooted in reality with texture.

Texture brings out our memories and curiosity about the sense of touch. It's one of the most powerful and subtle things you can consider in your photo compositions. 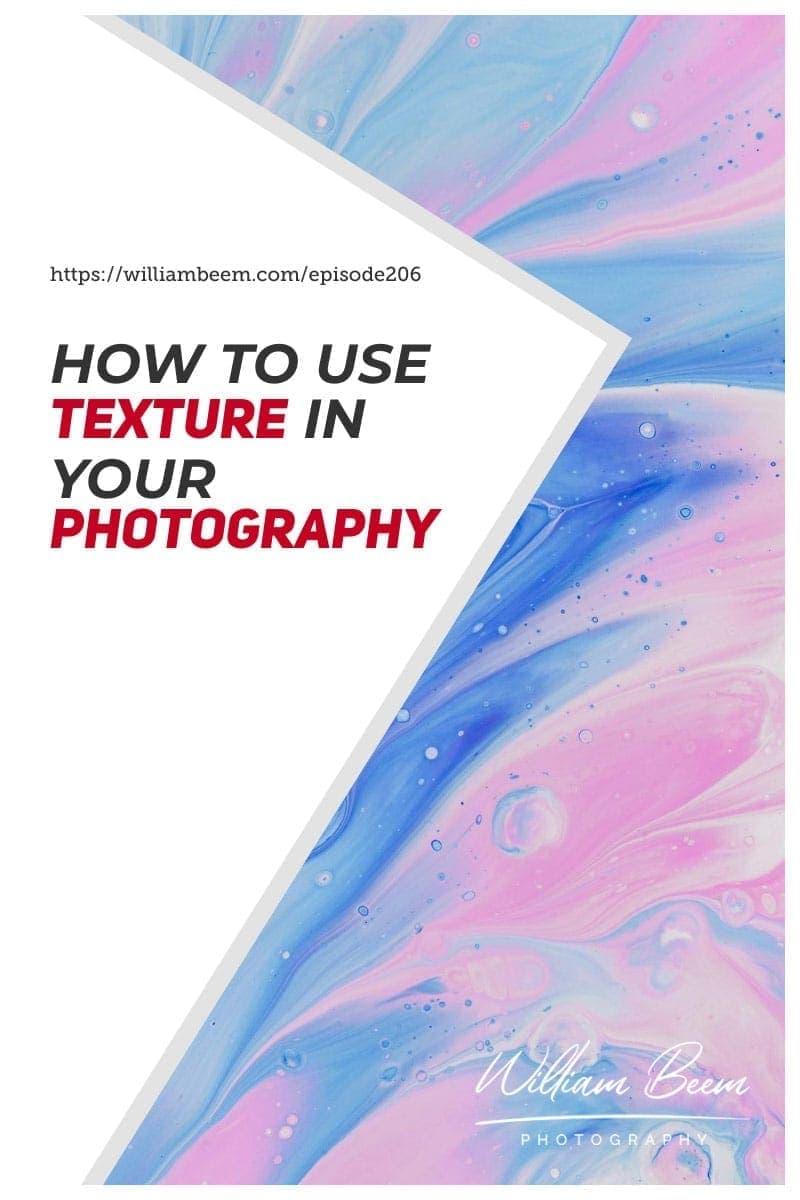