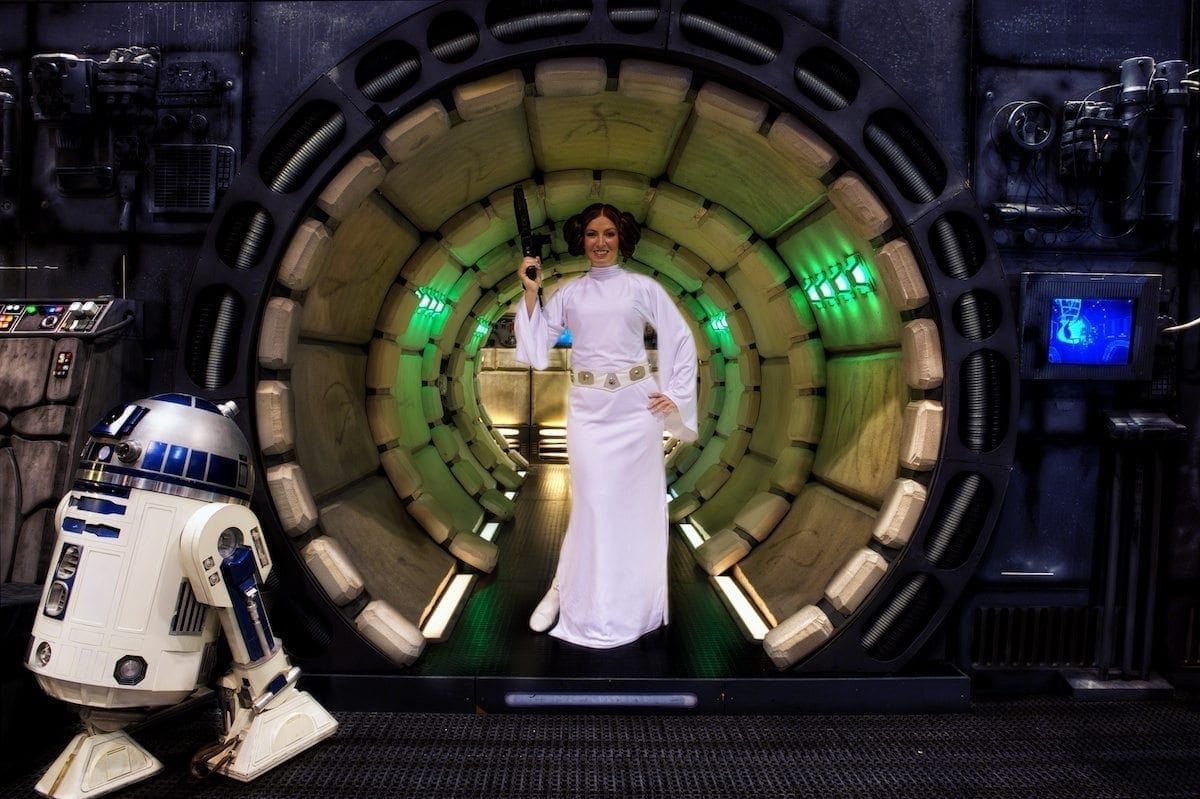 Greetings from Princess Leia and R2D2 in the Millennium Falcon. Just an example of the opportunities at Comic Convention photography events.

A Week of Star Wars Celebration with Princess Leia

I’m traveling in a big metal tube today, so this seemed like an appropriate photo for the occasion. In fact, I’m dedicating this entire week to photos from the Star Wars Celebration VI in Orlando.

This shot of Princess Leia came very close to failure. Completely my fault, too. Here’s what happened.

Prior to this shot, I was in the atrium of the Orange County Convention Center with hundreds of other folks. They were creating a group photo of the Dark Side characters.

Not only are there a few hundred characters on the main floor under an inflatable Death Star, but the staircase leading up to the main convention hall was lined with photographers trying to get the group shot.

I took a few test shots and noticed my exposure was changing from shot to shot. I switched to Manual mode, bumped up my ISO and adjusted everything for my exposure.  When the time came to get the real shots, I was happy to get consistent results.

The Search for Princess Leia

After that, my friends and I sought out a Princess Leia to go inside of the Millennium Falcon.  It took a bit of looking (many of them looked more like Berta from “Two and a Half Men”), but the perfect Leia walked up and agreed to the shot.

Princess Leia showed up just when I needed her at Star Wars Celebration VI in Orlando. This photo almost didn't work out, but a bartender saved the day. Click to Tweet

I made arrangements with the Belgian folks who built the set while waiting for Leia to meet us there.  When that happened, I lowered my ISO, set my aperture and was ready to go.

The Belgians held up the line of folks who were patiently waiting to get their photo, so we had to be quick.  Took about a minute or maybe two, but we got in and got out.

Then I Screwed it All Up

When I looked at my photos, it was just darkness.  I was auto-bracketing for HDR, so I had a couple of sets, five frames each, of unusable photos. You see, I forgot to switch back from Manual to Aperture priority.  I use the latter so much that I forgot I switched it up at the previous group photo.

I explained it to the Belgian guy and he gave me a look.  Can’t blame him a bit, either. Princess Leia had to get going soon, so it was now or never.

Fortunately, they let me back in for another shot. The guy in charge said, “OK, but you owe me a beer!”  Done deal!

As soon as the shot was over, I made my way to the far side of the convention hall where I found the only cocktail service available.  Bought an overpriced Heineken right out of the ice bin and took it to the Belgian propmaster.

He smiled at the beer and told me, “You need anything else, you come see me.”

Never underestimate the power of ice cold beer – the true force that binds the universe together. 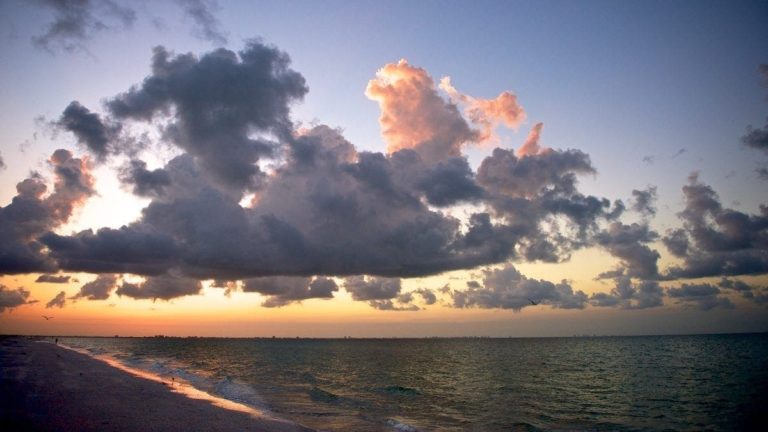 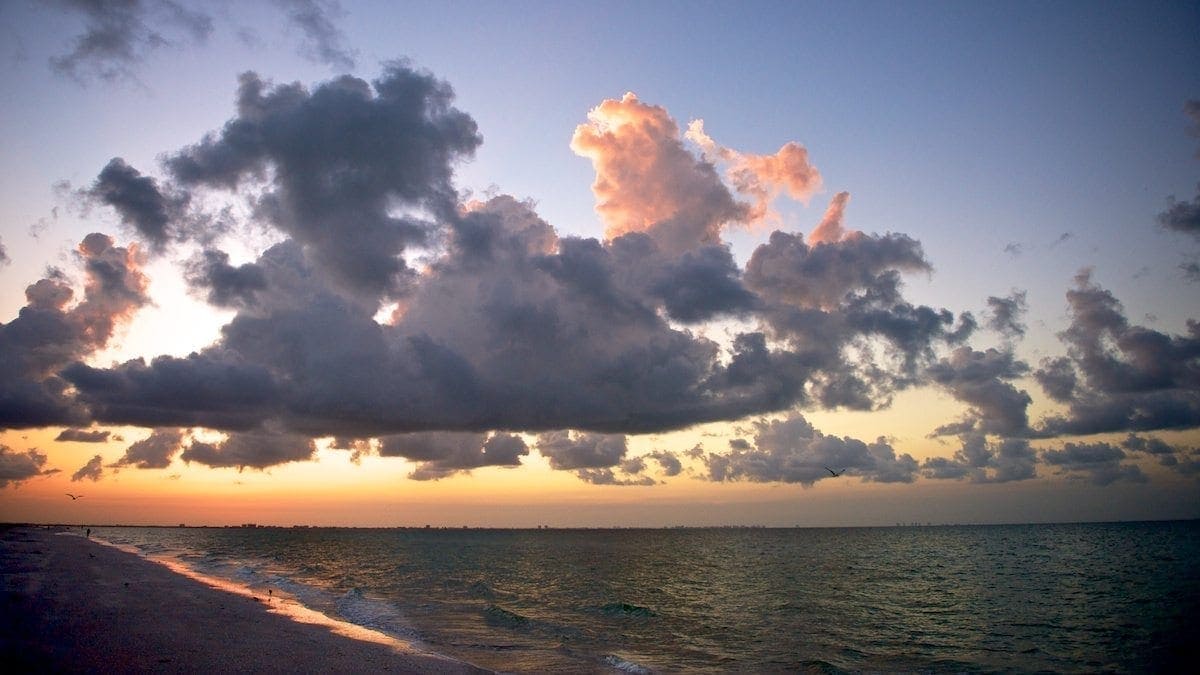 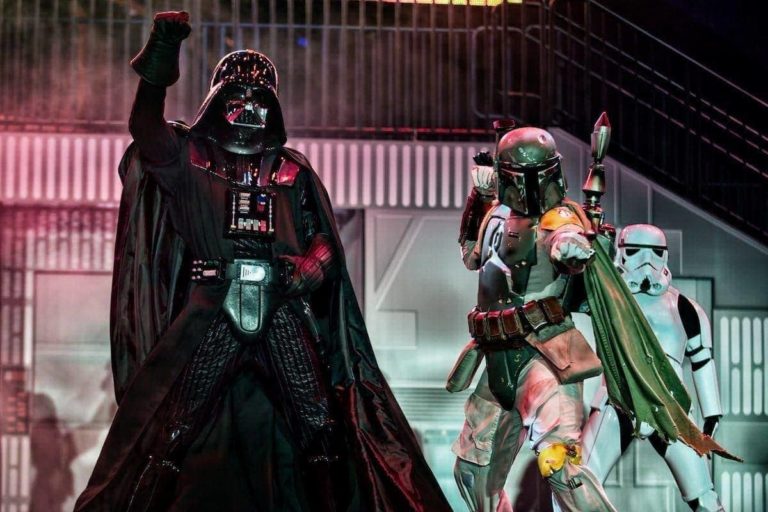 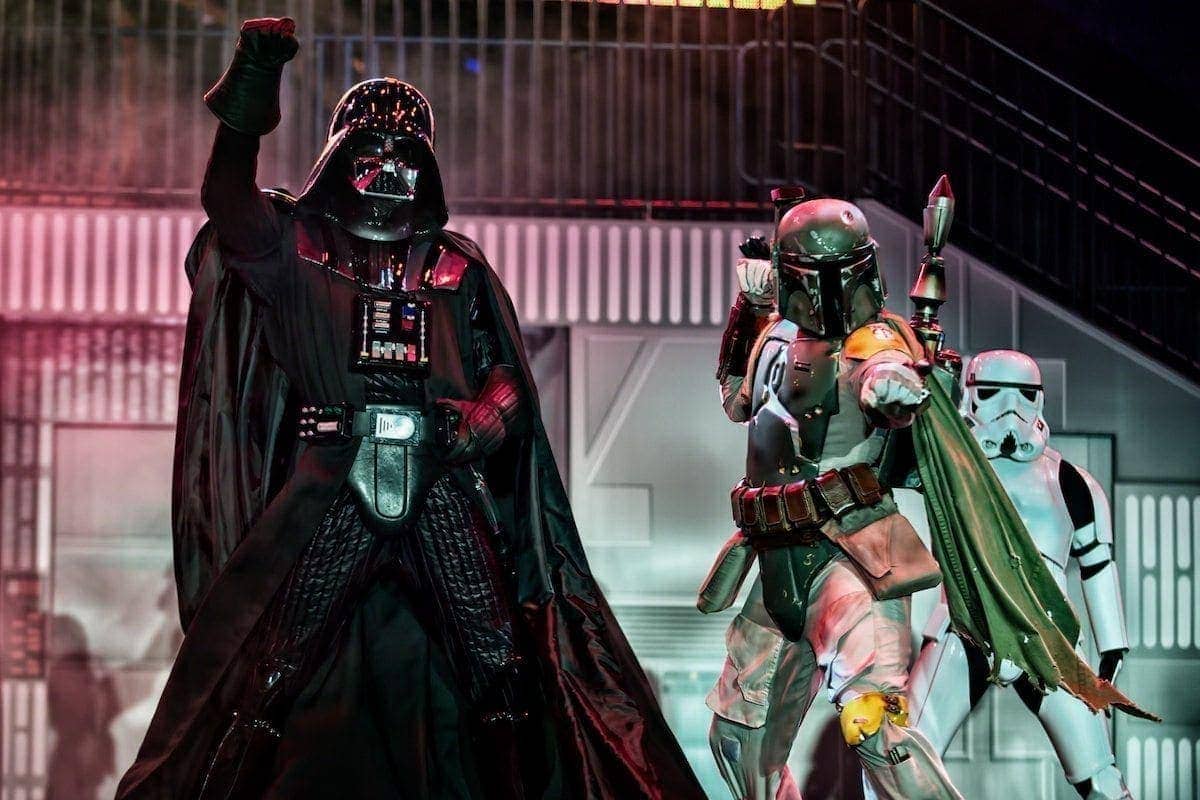 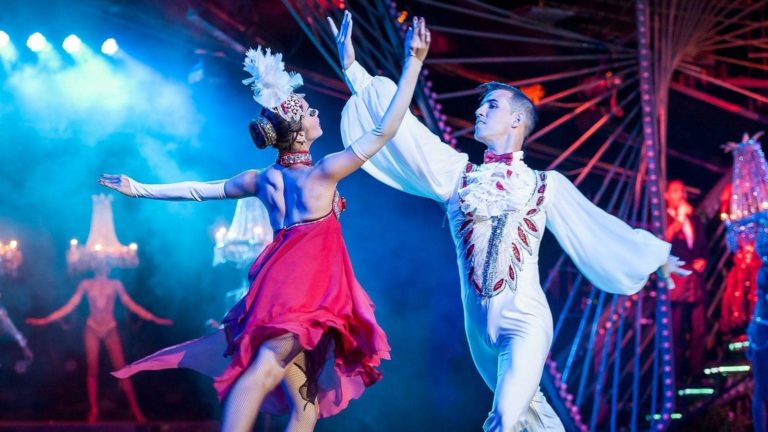 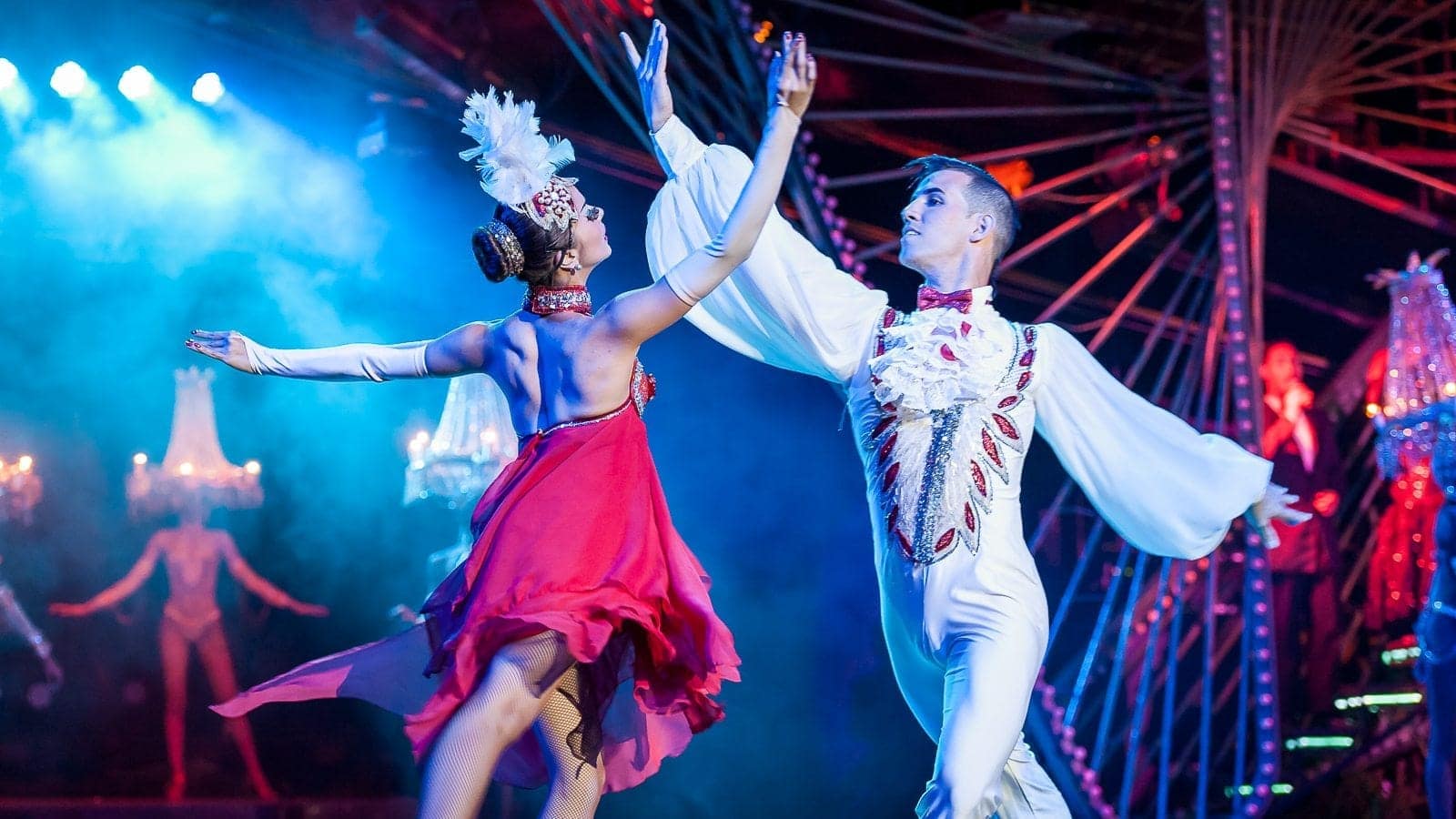 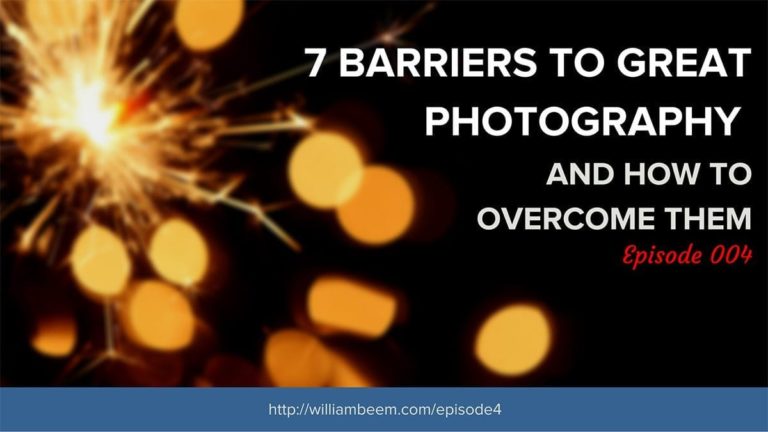 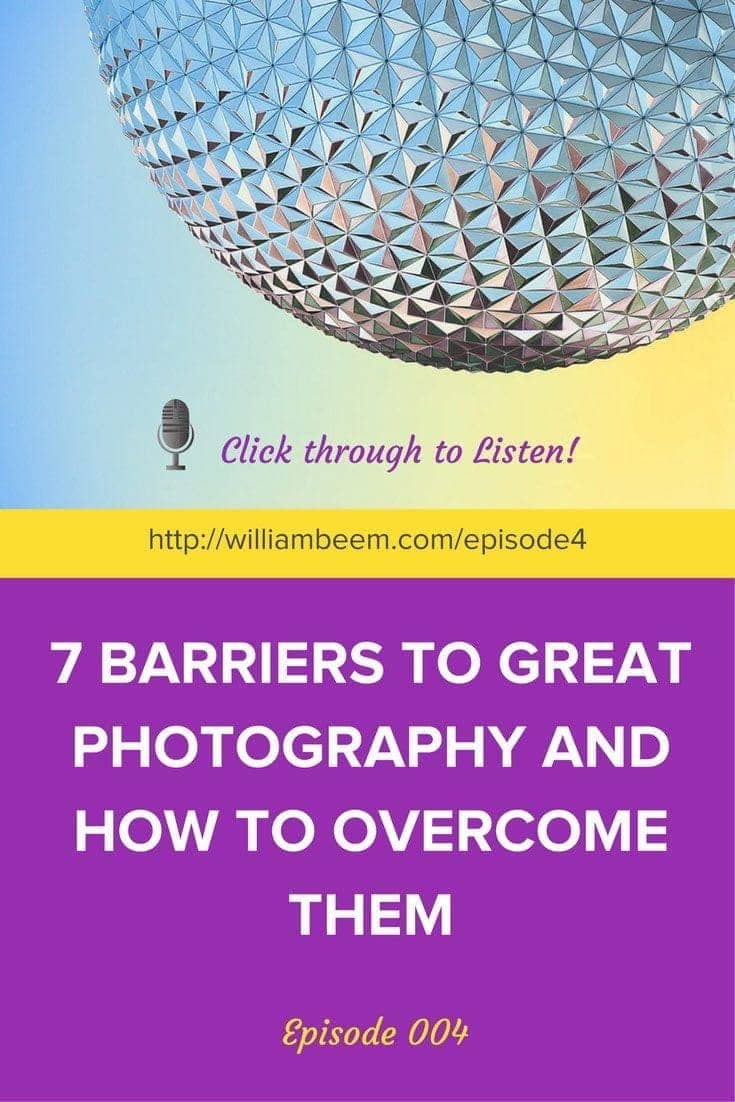