I decided to call this episode “Confessions of a First Time Flasher” because something finally happened. Lee came to me and asked to use flash for some of her product and food photography.

To be honest, I wasn't sure this would ever happen, but here's how it unfolded.

My name is William and I am a flash-a-holic. I've purchased many lights and related accessories. In fact, I have so many that I occasionally trip over them.

In past years, the darkness in my world of flash is that small flash and studio strobe were incompatible. They didn't speak the same language. Now I have a series of flashes and strobes that work together and I love it.

However, Lee never seemed interested and preferred to go outside to use sunlight for her photos. That meant conditions had to be just right for her lighting. No storms or work at night. We also had to round up our dogs and put them in the crates so she could work in peace.

Sometimes nature interrupts that peace with a blast of wind, which brings leaves and sand to her carefully designed set.

Why Did Lee Avoid Flash in the Past?

Despite having a lot of gear and my offer to teach her how to use it, Lee preferred going outside. I accepted that because I know she loves her sunshine, so I figured that was part of the reason.

However, it was a bit more than a love of sunshine.

The heart of the matter was time pressure. Lee works with some vendors to create social media photos, and she also uses them for her own blog and social media. When she receives a new product to review, she needs to get photos out rather quickly. Given that she also has other work to do, Lee often has to work to a quick deadline with little time.

Basically, going outside to shoot was what she knew and she could make her deadline commitment, where learning flash would introduce delays as she learned how to work the equipment.

She's not the only one who feels this way. I get email from other readers, and input from a recent survey (link below) about the things people would like to know more about off-camera flash. These are valid concerns, and so is the worry about having to buy a lot of stuff.

Lee doesn't want a lot of gear, and neither do many photographers.

What Made Lee Change Her Mind About Using Flash?

When I asked her why should decided to try it, or what changed her mind, the answer was simple. It was me.

I hate to think that I pester her about it, but I know I've offered to help her learn more than once. I also promised that it would be simple at first, and could lead to more creative lighting.

Keep in mind that Lee is an artist first and a photographer second. She feels her way, and that's always worked for her. Once we start introducing technology and I “explain” things, her creative mind wants to reject it.

Fortunately, she trusts me. If we do no more than we did in this first session, she will always have the option to continue her product photography with the same quality as her sunlight shots, only now she can do it indoors if it's raining or dark outside. Basically, now she doesn't have to work at a specific time to get a specific quality or direction of light.

Using Flash Can Make You Apprehensive

On the outside, Lee said she was worried about the time it would take to setup and strike the lighting gear. That's my fault.

More than once, she's heard my profane utterances as I setup our home studio. Logically, it must be that lighting is difficult.

That's not true, nor was it why I was cussing. More to the point, I couldn't find some of my stuff. That's a major source of frustration for me and I deal with it using some colorful phrases.

It only took us ten minutes to setup the lighting for Lee's shots, and then five minutes to tear it down. That's mostly because I now know where to find my stuff. No profanity involved, no delays and the dogs could stay outside.

Using Flash for the First Time Was Easy

I'm thrilled that she was happy with the results. We used one flash and soft box for everything. I set it with some simple default settings, which was nearly bang-on correct for her needs.

The first shot was pretty close, but needed a slight adjustment. I showed her how we could make the change in one of two ways:

Lee tried both, but she knew which aperture she wanted for her photos. I showed her how to set the power from the transmitter on her camera (which she said looked like a sexy little hat for the camera).

The quality of light was great, providing some very soft shadows.

Overall, her first time was a great success. We didn't spend a lot of time worrying about lights, it wasn't complicated and she could concentrate on her set design and taking the photos she needed.

This first session was easy, which made it easy for her to show interest in using off camera flash again. I don't know if or when she may want to get more advanced with lighting, but that's really not the purpose of her needs. This was about creating beautiful light without a lot of complications, and allowing her to concentrate on her subject.

If you're curious to know what gear we used, I listed it below.

Where to Find the Gear I Mentioned in the Podcast

We didn't use much to create Lee's photos, but I wanted to share some links so you can check out what we used. Some of these links may be affiliate links, which means there is no extra cost to you, but I may receive a small commission if you buy based upon my recommendation. That money helps defray the cost of operating the blog and podcast, so thank you!

I am really loving my decision to switch from Nikon and Elinchrom over to the Flashpoint (Godox) system. It solves many problems for me.

If you're in the US, I recommend buying the Flashpoint brand rather than Godox. Other than branding, these flashes are absolutely identical. However, the Flashpoint brand comes with a 3 year warranty and support from Adorama. Godox isn't known to respond to requests for help and offers no warranty.

There is a version of the eVOLV 200 flash bundled with a few gels, a grid and barn doors. That's what I bought and it costs about $30 extra. I don't recommend that kit. It's fair, but I opted to get some of the MagMod light modifiers.

The Joe McNally EzyBox 24×24″ softbox is one of my favorite light modifiers.

What's the difference between this EzyBox and the version without Joe's name on the side?

Here's what that means. The silver interior creates specular light, which may cause some hot spots on your subject's face. You know, that bright spot on the nose. The white interior bounces the light around a bit more, helping your results end up a bit softer on your subject's face and reduce the potential for glare.

We used a Matthews C Stand with Extension Arm to position the light. There are a few reasons what a traditional light stand wouldn't really work for the kind of photography Lee needed to do, which was essentially product and food photography on our dining room table.

When you put a light on top of a light stand, all you can do is told the head up or down. The Matthews C Stand with an Extension Arm gives you much more flexibility. You can use that arm to reach in and position the light closer to the set, since a regular light stand would bump against the table.

It also gave us the ability to position the light directly overhead, or pretty much anywhere we needed. In fact, you can often position a light lower with a C Stand and Extension Arm than you can with a traditional light stand.

I have both Matthews and Avenger C Stands, and I prefer the Matthews. It has a better build quality and feels more solid than the Avenger. The turtle base allows you to safely adjust the stand on an uneven surface, where a regular light stand demands an even floor.

TIP: Make your life easier and get a Baby Pin to go with your C Stand. This is a metal rod that goes into the grip head on the extension arm and allows you to mount your light on the C Stand.

The eVOLV 200 has a couple of quarter inch holes that you could use to mount it, but that doesn't allow you to hold your light modifier.

The Godox S-Bracket allows you to slide your eVOLV 200 inside and clamp it down.

To use in combination with the LastoLite EzyBox, you just slip the edges on the back of the soft box around the round bracket. It works that same as the “lollipop” bracket that Lastolite provides for hotshoe flashes.

The difference here is that this bracket also has a Bowens mount, which means you can use it on a wide array of compatible light modifiers.

Also note that little flipper thing on the side. Loosen that up and you can rotate the flash head up or down, similar to traditional flash adapters on regular light stands. Combine this movement with the flexibility of the C Stand Extension Arm and you can position the light anywhere you want.

The Flashpoint R2 Pro Transmitter allows you to wirelessly trigger your flash, or multiple flashes in the Flashpoint (Godox) line. You have up to five groups where you can manage different settings.

The eVOLV 200 has a built-in 2.4 GHz radio receiver. It works no matter which brand of camera you have, as long as you buy the correct transmitter.

Just make sure you get the transmitter that works for your brand of camera. I'll list them below for the major brands.

This is a great transmitter. Not just because radio works better than optical systems, like Nikon CLS. It has a very clear menu and is easy to use.

You don't have to go to the flash to change anything. There are plenty of channels so you don't interfere with other photographers using the Flashpoint/Godox system, and it has five groups per channel.

This transmitter works with the eVOLV 200 or Godox AD 200, and also works with other lights in the same family. For example, I use it to trigger my Flashpoint xPLOR 600 Pro, also.

One transmitter to rule them all!

I mentioned at the start of the show that you can save 10% (or $10) on Skylum software using my coupon code. This is my affiliate code, which means that I make a small commission if you purchase from me, but it also means that you save money.

For Skylum products like Luminar AI and Aurora HDR, you save $10.

For other Skylum products, like the Creative Kit, you save 10%.

When you check out, use my Skylum coupon code: BEEM 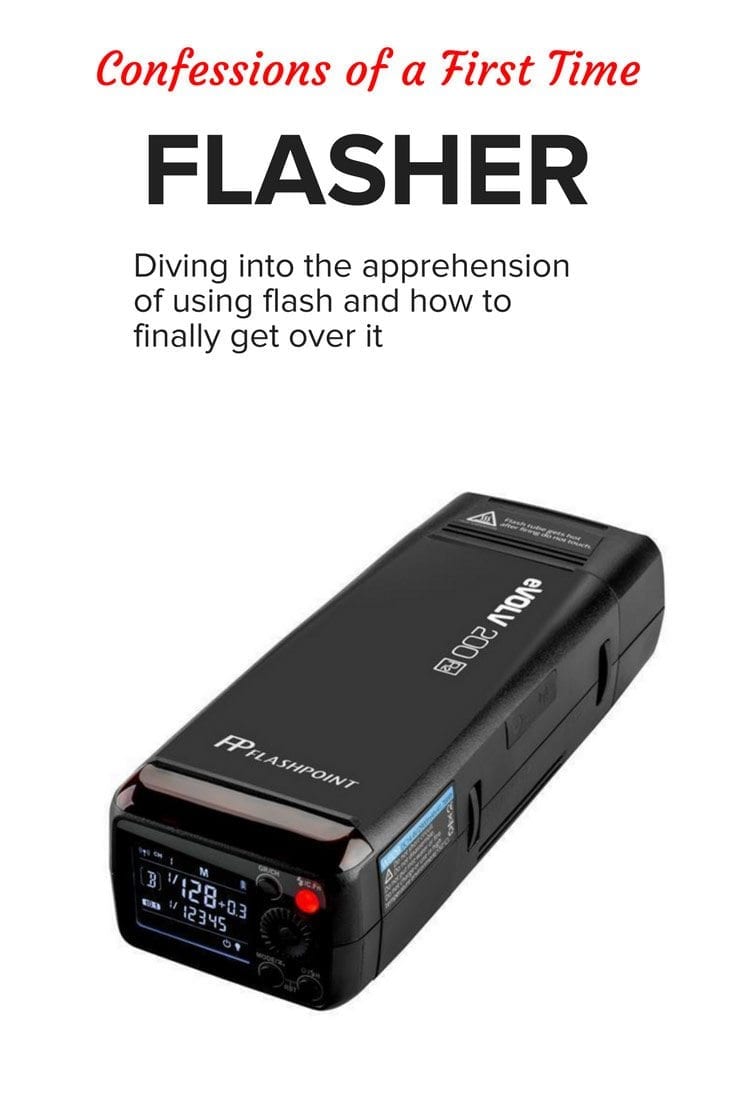