Truth in photography is a topic that begs the question of our integrity. Was a photo staged rather than spontaneous? For photojournalists, that’s an important issue. We expect our news to be genuine.

However, photography itself isn’t really truth. Every decision that goes into creating a photo is fraught with potential to distort the truth.

Table of Contents hide
1 What is Truth?
2 How Photographers Bend the Truth
2.1 Lens Choice
2.2 Composition
2.3 Lighting
2.4 Post Processing
2.4.1 Should You Replace a Sky?
2.4.2 How Much Retouching is Too Much?
3 An Honest Photographer
4 Does Truth in Photography Exist?
5 Subscribe to I Like Your Picture

If we’re going to dive into this topic about truth in photography, let’s start by defining truth. Even that isn’t such a simple thing to resolve.

If you ever watched Indiana Jones and the Holy Grail, you may remember a scene where he tells his students that:

“Archaeology is the search for fact … not truth. If it’s truth you’re interested in, Dr. Tyree’s philosophy class is right down the hall. So forget any ideas you’ve got about lost cities, exotic travel, and digging up the world. We do not follow maps to buried treasure, and “X” never, ever, marks the spot. Seventy percent of all archaeology is done in the library.”

When I searched for definitions of truth, it lead me right to a conundrum. Here’s the Merriam-Webster definition of Truth: 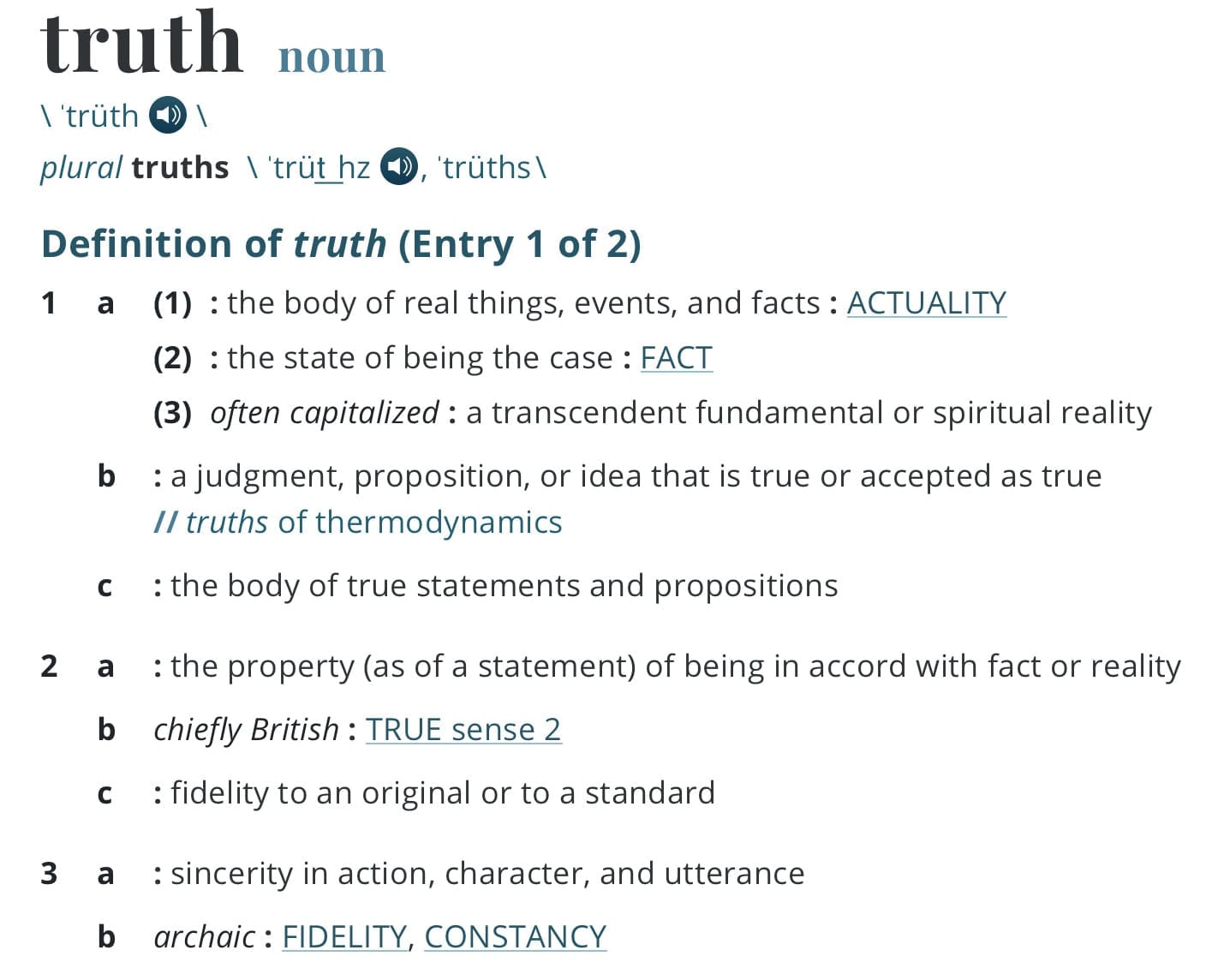 So truth is real. Truth is fact. Indiana Jones lied to us.

How Photographers Bend the Truth

If you’re in a field of documenting facts, such as a photojournalist, wildlife research photographer or even a sports photographer – then there are high expectations of how you achieve your results.

You don’t start a fire to capture the news about the fire. You don’t bait the field to attract animals for your wildlife research. If you missed the key moment in a sport, you don’t ask the players to do it again so you can get the shot.

All of these types of scenarios are essentially fake photos. They events didn’t unfold naturally. In the case of wildlife, you may alter the animal’s behavior by providing food. We shouldn’t even have to discuss the lack of integrity involved in starting a fire or staging new photos.

While most of us agree on these points, the truth is that it happens far more often than we’d like to think. Yet there are other methods photographers use to show the truth they want while obscuring other information.

During the last presidential election, we discovered that photos of a packed house during a campaign stop were also a bit staged. The only shot that mattered was the raving crowd behind the candidate.

Yet you didn’t see many news outlets show the empty seats on either side.

So what was really true? The photographer didn’t fake the crowd behind the candidate. That leads us into the choices we make that capture a slice of truth, and perhaps omit other parts of truth.

Let’s start with an easy choice. Which lens do you select? The answer depends upon which story you want to tell. Right off the bat, we switch from Truth to Story. What you show and what you omit changes the viewer’s perception of the truth.

So it’s a semi-true story.

I do this all the time and I’m perfectly content with it. That said, I’m not a photojournalist and never pretend to be one. I enjoy portraits and travel photography. The decision to include or omit something in the photo is entirely a creative decision.

The angle of view I get with a lens, ranging from wide angle to telephoto, is entirely a creative decision. It’s how I illustrate the subject to the viewer. They only get as much information as I provide, so lens choice is inherently coloring the truth in my photos.

If I’m at a travel destination and see something I think will make an interesting photo, I have no problem omitting something unattractive or distracting from the photo. Who wants to see scaffolding next to a statue or trash cans next to interesting architecture?

Likewise, I’ll instruct a model to pose in such a way that the result flatters them. I want people to see my subjects at their best.

That means I’ll try to get a good jawline on the subject while trying to avoid creating wrinkles in the neck. I’ll also decide how much of the subject to show, which could be a good way to hide some less flattering features.

Portrait photographers know that off-camera flash is both beautiful and scary on skin. I can make someone look innocent or ghoulish depending upon how I light them.

The choices we make about hard or soft light have different results on skin. So too does the direction of light as it hits your subject. Did you ever hold a flashlight under your chin as a kid to make yourself look scary while telling a story? Underlighting is classic ghoul lighting.

Even the color of your light affects the viewer’s perception. Using a cool light color or white balance can make someone look near death. Add a touch of green for a sickly result. Use a little warmth for a magical glow on their skin.

Something else to consider is how the short duration of flash can freeze motion, or how continuous light allows a bit of blur. All of these choices are creative decisions that impact the truth of our photography.

Compositing and manipulation present great opportunities to affect the truth in photography. Some of these issues are intentional, and some are due to unconscious bias.

Should You Replace a Sky?

One popular technique among photographers these days is to replace the sky in a photograph with something more interesting. I’ve done it and never batted an eye about it. Of course, my objective wasn’t to document a location. It was to make it look appealing. I even have a video on YouTube showing how to do it.

There is a market of interesting sky photos for photographers to use in replacement of some bland, boring skies we see in various photos.

The problem with this technique is that some skies aren’t believable when used in a location where the clouds would never, ever look like the replacement sky. If you want to be “true” to your location, then you need an interesting sky taken nearby so it fits with the subject.

Should you replace a sky or otherwise alter a landscape? That depends entirely upon the purpose of your photograph. If it’s a journalistic or documentary photo, then obviously not. You show the location as it is when you shoot. If you want a pretty sky, go there when the sky is pretty.

Otherwise, I say go for it. We’ve seen people crank up saturation, add filters and really alter the sky in post processing tools. I’m not sure those fake skies are much different than replacing a sky.

How Much Retouching is Too Much?

Let’s be fair. All photos need a bit of help. You need sharpening and some contrast. This idea of presenting a photo straight out of camera as the final result is nonsense. While photojournalists may submit their RAW images to their publisher, someone tweaks the sharpening and contrast before publication.

Failure to do so wouldn’t be truth in photography, either.

Where do we draw the line when the photo is a portrait? I tend to think of portrait retouching as acceptable as adding make-up. We don’t want to see the unvarnished truth here.

So a little sharpening, dodging and burning and skin smoothing is all fine with me. I whiten teeth and enhance the eyes, too.

In fact, you can get my Lightroom Portrait Adjustment Brushes here for free – just click now.

At some point, there’s a line when you’ve gone too far, and I think this is subjective. When you start using Photoshop Liquify tools to enlarge the eyes, it makes the subject more appealing. Yet, it’s not exactly truth.

Is black and white photography true?

When you look at an advertising photo of a meal and then see what actually gets served at the restaurant, you know there’s some manipulation in the ad that doesn’t show up on your order. I sent a meal back at Longhorn Steakhouse because it didn’t resemble the photo on a table advertisement.

I can tell you that I think it’s perfectly acceptable to tweak or manipulate photos that are meant to be creative. People want to see a nice photo, not judge your integrity when it’s about your art.

However, please don’t try to tell us that you got your magical result without using any post processing tools.

I’m not sure why some people think it’s bad to admit they use Photoshop or some other software tool to enhance their photos. Yet, that’s precisely what a few sales staff at Peter Lik galleries have told me on more than one occasion.

I respect Peter Lik’s photography. Never met the man or had a conversation with him. Yet when in Las Vegas, I’m drawn to the beauty of his landscape photography.

As a photographer, I know there’s absolutely no way that those photos presented there came straight out of camera. Yet the sales people will tell me Peter doesn’t use Photoshop or other tools.

Some of my visits there were at Photoshop World, where some Adobe engineers viewed the photos and determined otherwise. I don’t know what artifacts or evidence they saw, but they came away stating that the photos were processed in Adobe Photoshop – and I believe them.

Maybe Peter doesn’t use Photoshop, but has a retoucher that does it for him. Maybe it’s just an unnecessary sales tactic. I don’t know.

What I do know is that this assertion that there’s no post processing in the photos lowers my opinion of integrity at the gallery.

Why would I care if he used Photoshop? There’s some controversy about his landscape photos using a “fake” moon. In the world of fine art and landscape, some people want to know that what they’re buying is real or true. In my opinion, being transparent and honest about what you do and how you do it is the imperative thing.

Does Truth in Photography Exist?

I’d love to know your opinion. Please leave a comment below to let me know what you think.

I look at some photos as semi-true stories and others are pure fantasy. The only time it matters is when and how the photo gets presented. 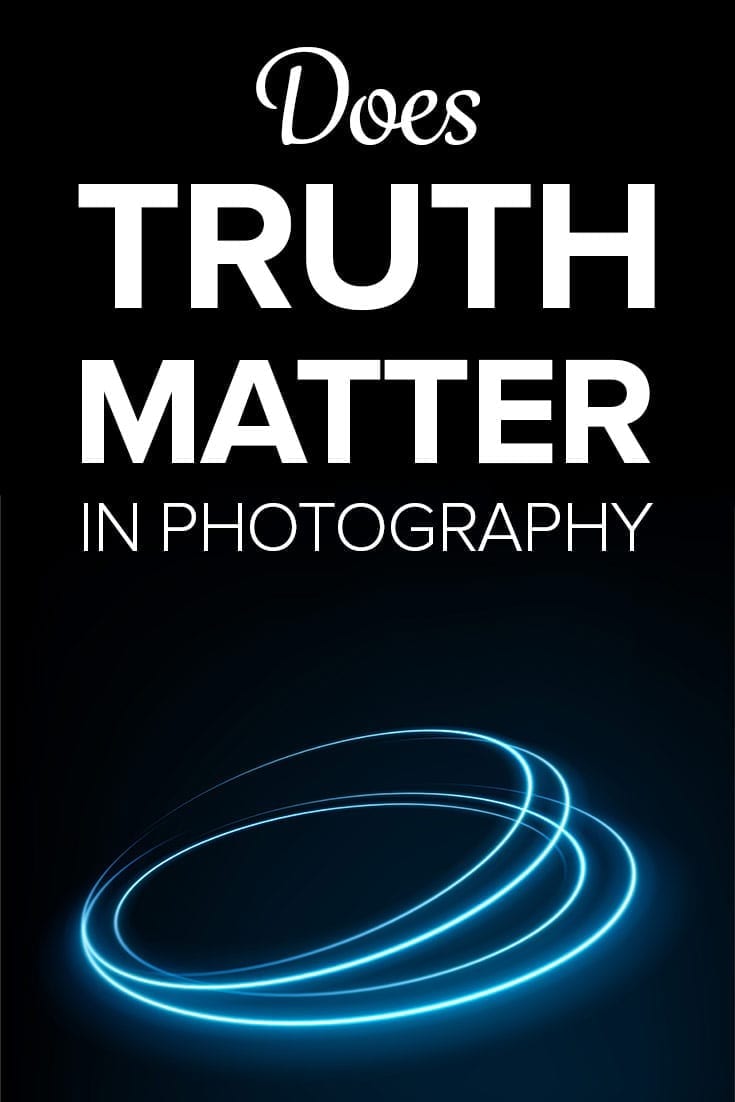