Last Wednesday night, I finally got off my ass and went out to shoot a performance. I’d like to thank Alan Hess and Maile Hatfield for setting me up with an opportunity to shoot Mark Karan and his band at The Social in Orlando. I’d also like to thank Michelle Hedstrom for mocking me when I initially balked because I needed to sleep that night before an early appointment. She claims credit for inspiring many of my recent posts, so I’ll give her credit for nudging me along to make it to Downtown Orlando for this opportunity.

I’m not into the Downtown club scene.  It’s not because of my age, I’ve never been into it.  I did all of my club time while I was still in high school.  Not because I was out drinking (which I didn’t do), but because my brother performed in bands and I loved going to listen to him play.  Every weekend, I’d drive from Orlando to Cocoa Beach or Daytona; he never seemed to play anyplace convenient. I just remember that the clubs were dark, smokey, but generally full of nice people working there. Maybe it’s because I was a kid, but everyone treated me well. At any rate, that was my formative experience. My brother is really a great performed and that was generally true of the other musicians in his various bands.  Not always, though.  I got to hear a bit of complaining whenever they had to pick up a player who just wasn’t up to the same speed. In a sense, that experience trained my ear as to what I like and don’t like about performances. I stopped going to clubs to listen to other bands because, quite frankly, they sucked in comparison to my brother’s performances. There’s no point in sitting in a dark, smoke-filled room if you aren’t drinking and the music doesn’t measure-up. 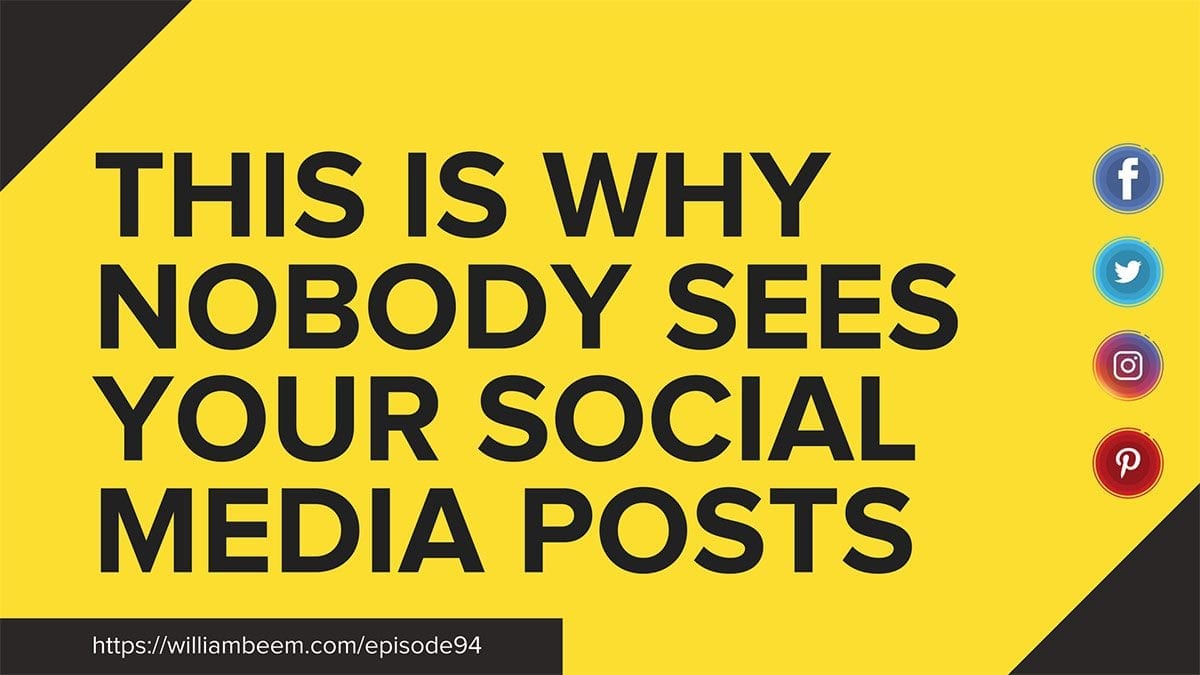 Trending
This is Why Nobody Sees Your Social Media Post

That’s why I was very pleased to discover that Mark Karan and everyone in his band was great.  I had nothing really to prepare me for what to expect, but I was really pleased. This isn’t a review of the band, but I’ll just say that everyone was more than a solid player in their own right, and they fit together perfectly. That, by itself, really made it worth going to The Social because I’d thought the days of great live performances were dead.

If I had any sense of disappointment when I walked into The Social, it was with the facility itself.  All of the people I met working there were great and the sound system was very good (living up to its local reputation). It just wasn’t what I expected, though.  Based upon some local conversation, I expected a larger venue with seating. The Social is a small club that is narrow and long.  There’s a bar along one side, a pit for the crowd to gather in front of the stage, and then a long, thin stage on the other side. It’s dark in there (which explains the strong scent of herbal incense), and the stage lights were pathetic. Most of the performers were bathed in red & yellow light, backlit and often had shadows covering their faces. From a photographer’s perspective, I couldn’t imagine a worse scenario. I met Krysten, who was shooting for a wire service, who confirmed my thoughts.  She’s been shooting concerts in Orlando for a couple of years and mentioned she thought this place had the worst lighting in town. However, she also mentioned it was a good place to learn.  If you can get a shot at The Social, then you can shoot anywhere else.

As I mentioned in my post about getting ready for the shoot, I expected to start at ISO 1600 & F/2.8. My first shot with the opening act gave me a 1/13th second shutter speed – not going to cut it. I was in Aperture Priority mode and started bumping up the ISO. It didn’t take much math to realize that moving up my shutter speed was going to take another two stops of light – that meant it was going to be an ISO 6400 kind of evening. After a few more shots, I decided that Aperture Priority mode wasn’t cutting it for me, since I was getting an inconsistent shutter speed based upon metering variations. I could’ve switched up my metering modes, but decided not to play with my chances.  If I wanted consistency, the way to get it was to shoot in Manual Mode.  I ended up shooting at ISO 6400, F/2.8 and 1/60th second shutter speed for the opening act and first few frames of Mark’s set. I gave myself a little bit of room, moving to 1/80th for the rest of the night.  Since I was shooting in RAW mode, I figured I could get another stop in post processing, if needed.  However, that really wasn’t necessary.

Take a look at Mark’s right shoulder – it’s popping with too much light. The stage lights were primarily behind the players, which is just an odd choice for a venue. That, combined with the overwhelming majority of light color being red and yellow, could result in some ugly images.  However, that was the character of that stage.  It left me with a choice to make.  Do I embrace the ugly light or try to clean it up in post. possibly ending up with bland images that lacked color or character? It didn’t take me long to opt for the latter.  The question now was how to try and balance the color in these images. The answer came in the shot above. That microphone head sticking slightly into frame on the right side was close enough to a neutral gray for Aperture 3.1 to give me more natural skin tones.  It’s not perfect – the light is harsh in places where I can’t control it – but it works.  I think I may have been able to tone-down the light on his shoulder a bit, but decided to leave it there so you could see how it looked from the camera’s perspective.

I also popped on my 50mm f/1.8 for a few shots at the end of my shoot, which definitely helped pull in a little more light. You can see the stage lights in this shot, backlighting the performers.  Really, who set up the lighting in this place?

When I look at concert photos that I love, there are two common elements – movement and emotion. I knew from looking at other shots of the band not to expect much movement. Three of them are seated and Mark generally kept his feet planted before his mic. To be quite fair. this stage didn’t have room for movement. Also, this is a jam band.  They swayed with the groove, but it was clear that this performance was about the music – not a bunch of dancing shenanigans you’d see at a Justin Bieber or Black Eyed Peas concert.

That doesn’t mean they didn’t have emotion, though.  I think the one who best conveyed it visually was the keyboard player – John “JT” Thomas. Since his keyboards had the misfortune of being placed under some sickly green & yellow light, I thought the best thing I could do for him was convert the shot to black & white.

On the far end of the stage, Bob Gross handled bass, comfortably perched and grooving to the music while beams of light were burning into his skull.

I think the biggest struggle I had was trying to come up with a decent shot of the drummer – Billy Lee Lewis. Honestly, I failed. He deserves better.  Drummers are a tough shot for me.  Other than some daylight shots of Cheap Tricks Bun E. Carlos, I don’t think I’ve ever really managed to get a decent performance shot of a drummer. They often seem to have the least lighting, hidden behind their kit, and they move more than any other performer. It’s just not a good recipe for an action portrait.

The End of the Night

I shot through the first three songs, which is plenty of time with a band like this that stretches out on each song. Although part of my mind was on getting out – both because of my early wake-up call and Krysten’s warning that the Orlando Magic game would soon let out and clog the roads – the truth is that I didn’t have any more shots in my imagination. Since the players weren’t moving too much and I’d already covered them as best I could, I then started looking for other opportunities – shooting guitar pedals and other elements.  When I realized that I was taking pictures of their feet, I figured it was time to hang it up.

Krysten and I walked out and she was still giving me useful advice, right down to the best place to park. Overall, I left with a mixed sense about it.  The good part is that I was happy to shoot a performing band and I had some challenges to think through while doing it.  The not so good part was worrying about the lighting and whether I’d have any decent images when I got home to review. I worried about exposure, digital noise at ISO 6400, and blurry images. I came home with all of them, but I’ve decided that it is what it is. If anything, I left even more impressed with the high ISO capabilities of my D700.

This opportunity was really good in the sense that I didn’t have to face a lot of restrictions.  I wasn’t told of any limitation when I got there, though there are some basic assumptions (no flash, don’t get in the way of the customers trying to enjoy the show). I didn’t have to sign away any rights, which was something I expected. The crowd was pretty light that evening, which gave me a lot of freedom to move around and work on different compositions.

I noticed a difference between my preference and Krysten’s, also.  She showed up with a D300s and 17-55 lens. That worked for her to get right up by the stage and shoot. Although I had my 24-70, I found that I preferred sticking with my 70-200 and hanging back a bit. I think my approach gave me better angles than I would’ve had if I’d gone up to the stage and shot low, but perhaps that’s personal preference. In any case, it was nice to have enough space to make that choice.

The trick now is to keep shooting. Perhaps I’ll find another opportunity at The Social, but I’d like to check out some of the other venues in town. That means it’s time to research more, make some contacts and see where I can get another chance to shoot. 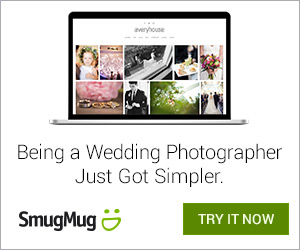