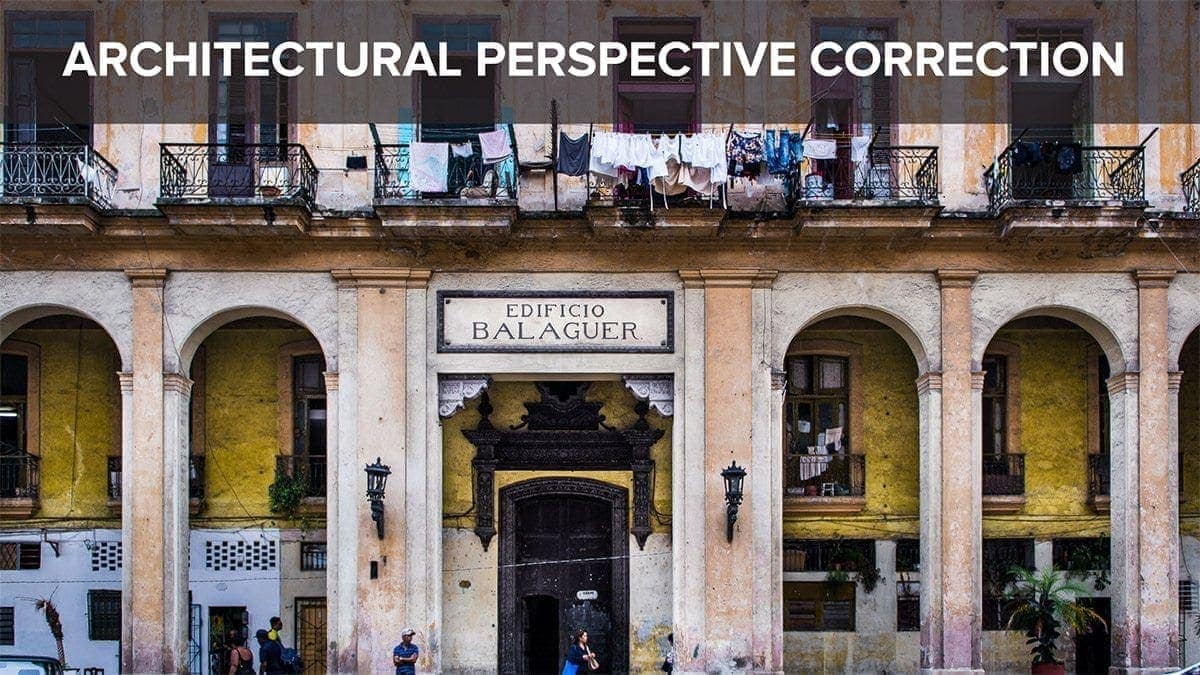 Architectural perspective correction may sound complicated, but it's really just a name for straightening building in your photos that appear warped due to lens distortion. In the video below, I'll show you how to easily correct lens distortion for architecture in Lightroom CC.

**This post contains affiliate links and I will be compensated if you make a purchase after clicking on my links, but there is no extra cost to you.

Perspective distortion in photography happens when you see lean. It's called the Keystone effect – when angles appear to converge in photos. The effect of this distortion is so common in photos these days that many of us don't even mind it. It's accepted that we know the building doesn't really lean back or inward, so we ignore the effect.

Imagine how your photos could stand out from the crowd if you knew how to fix the Keystone effect with architectural perspective correction?

The photos below are from my first day in Havana, Cuba. The architecture and decay is very interesting. So is the laundry hanging over the balcony.

In the video below, I show how you can use Adobe Lightroom CC to easily transform a photo with Keystone distortion, like this one: 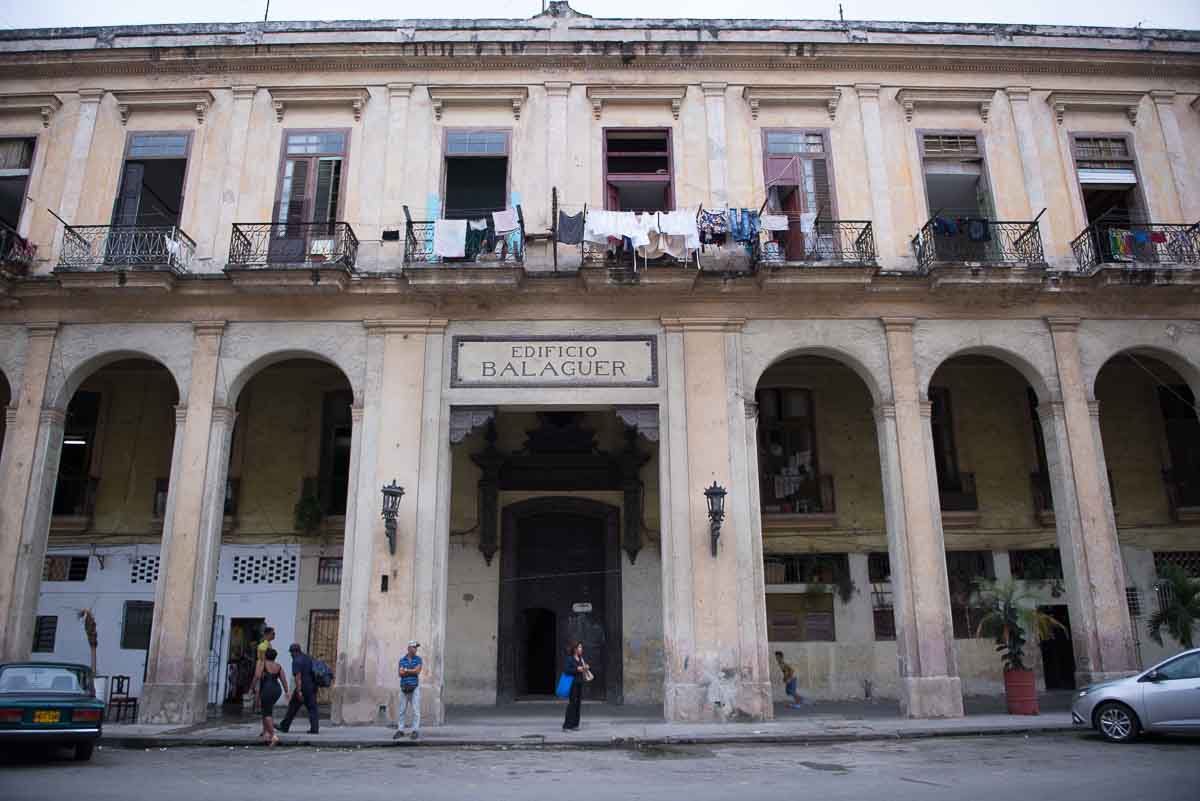 …into a photo with straight lines in the architecture, like the one below. 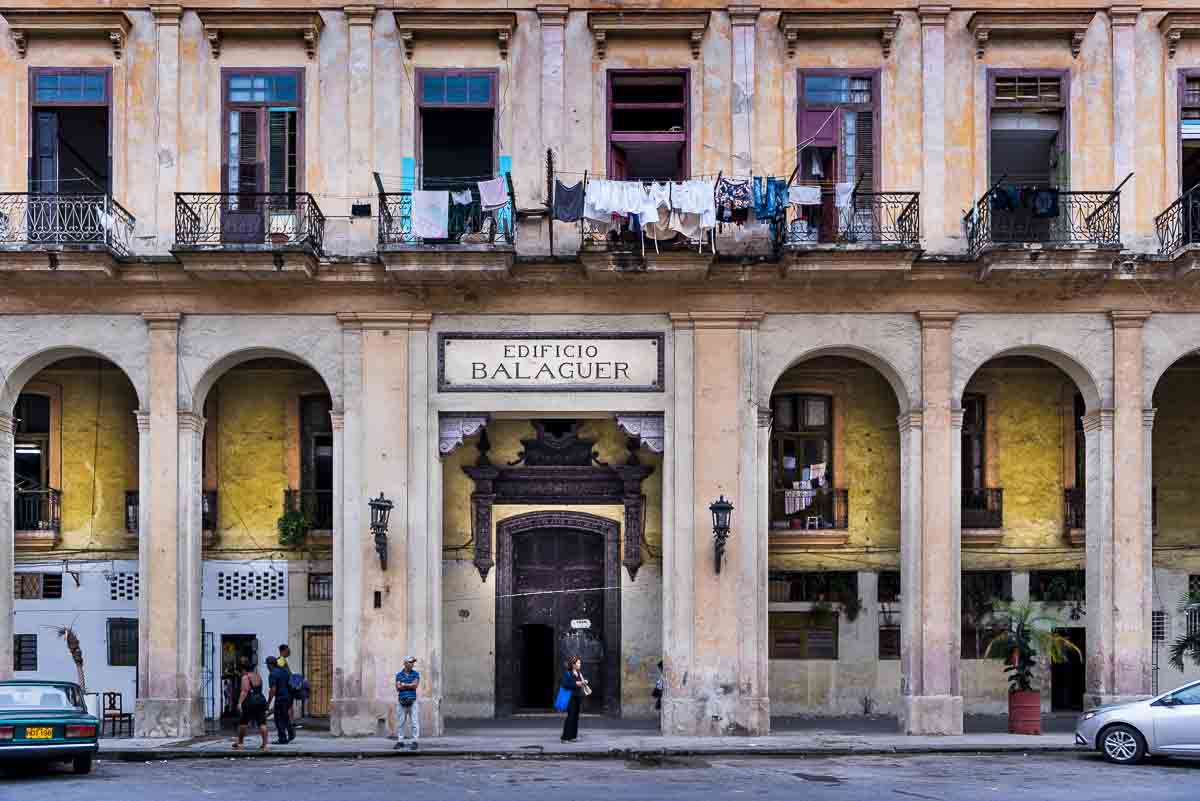 The manufacturers design lenses to prevent distortion when you shoot straight forward. Rectilinear lenses capture straight lines in a scene as straight lines, as long as you photograph them in a straight line of sight.

The problem is that the world doesn't always exist in a perfectly straight line. Tall buildings exceed the ability of a lens to capture the entire subject straight forward. They appear to converge – or lean – in our photographs. That's why we need to use architectural perspective correction in post processing. Another alternative is to use a specialty lens, like a tilt-shift lens, for architecture.

Why do tilt-shit lenses work when other rectilinear lenses still show Keystone distortion?

A typical lens displays the Keystone effect when you aren't taking the photo straight forward. If you have a slight tilt in your composition in any direction, the photo composition is no longer in a straight line relative to your subject. A tilt-shit lens allows you to adjust your composition without tilting the camera.

Since many of us don't have a tilt-shift lens, we rely upon software, such as Lightroom CC, to correct the issue in post processing.

Get the RAW File

If you're like to practice using this photo, you can have the RAW file for free! 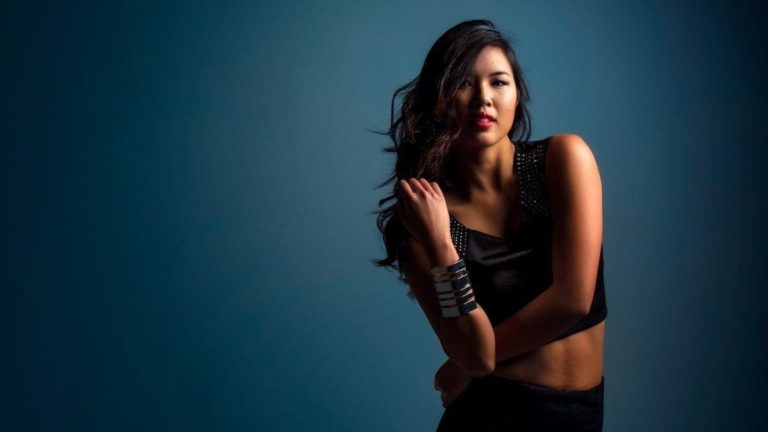 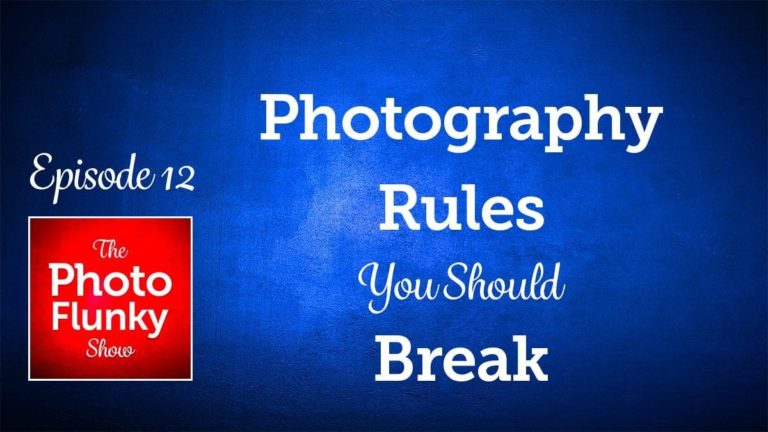 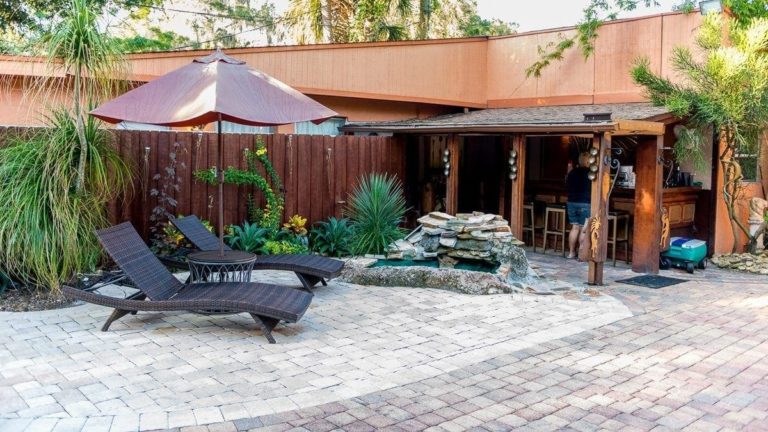 I’m concentrating more on portrait photography these days. Like many other photographers without a dedicated space, I spend a fair amount of time finding photography locations. Fortunately, I have friends who are far better at it than I am. One possibility that I’d never considered suddenly opened up some interesting possibilities – AIRBNB. You may…

I’ve watched a lot of training about creating Photoshop selections, but I’ve struggled with it. What always seemed so simple for the instructors never quite worked on my images. I really wanted to overcome my problems and get great selections, because everything else in the image depends on that step. Corey Barker showed me how…

Taking and storing photographs is easy.  I use Aperture, other folks may use Lightroom or some other digital asset manager.  The trick is to find the images you want after you’ve stored hundreds of gigabytes.  There’s a plethora of metadata available when you import your images, but I’ve found that the method that works for…