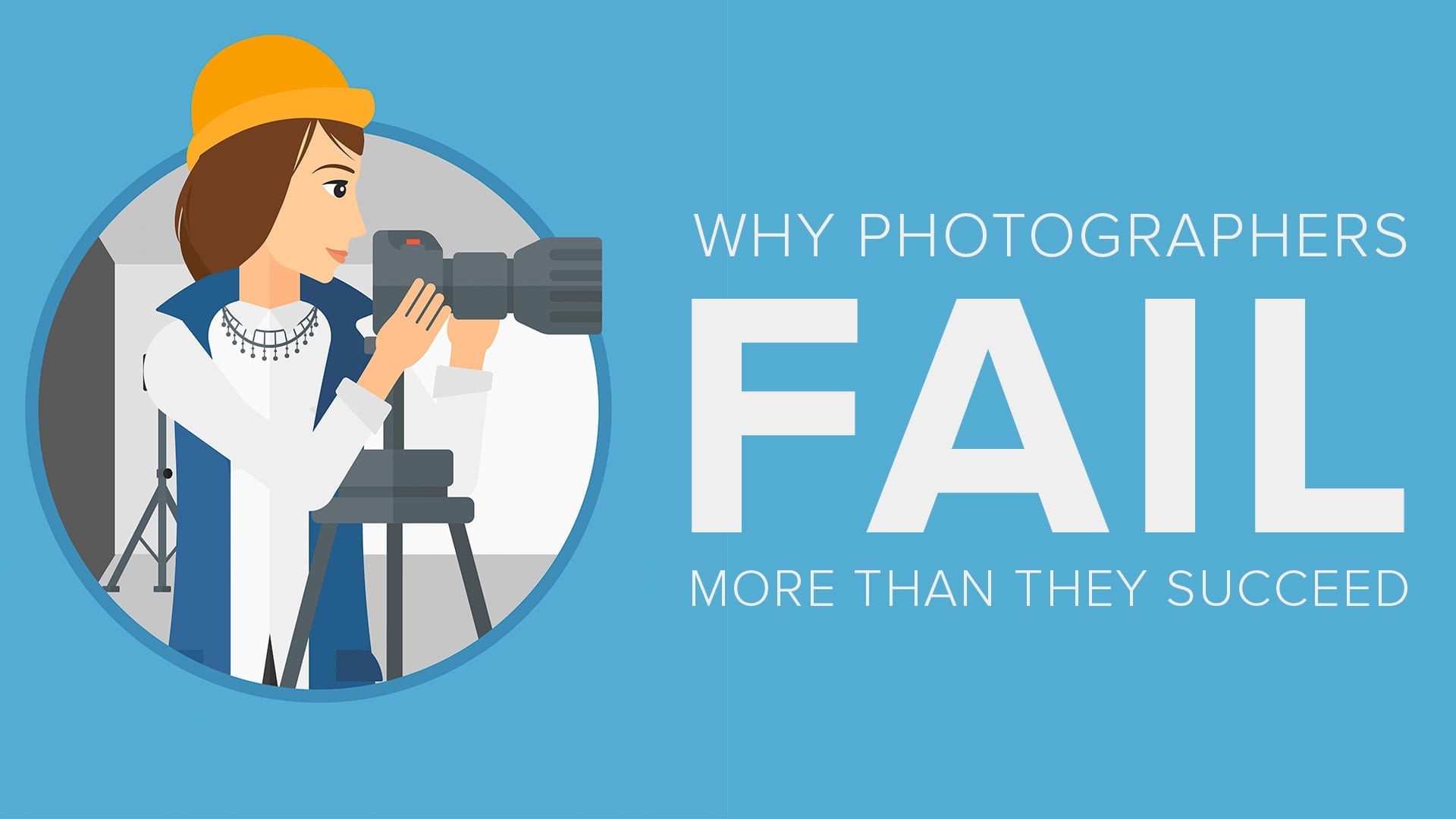 The truth is that every photographer – every single one, including experienced pros who teach us their wonderful skills – has bouts of failure, setbacks and disappointments. You just don't know about them because they're smart enough not to show their mistakes and failures.

It isn't about posturing. It's about judgment and using failure as an opportunity to learn, adapt and improve until you have success. Then you show the successful photo that came from all of the failures before it.

What is a Failure?

Let's define failure quite simply. Failure is a lack of success.

So what is a success? Just as simply, it's the accomplishment of your aim or objective.

The use it as an opportunity to learn, adapt and overcome their failures.

Photography is rife with opportunities for failure. Bad exposures, poor compositions, photo bombers, unflattering light. You name it, and there's something that could screw up every photograph you ever take.

Who says you only get to take one photograph, though?

I'd like to tell you that resilience is a photographer's friend, but that's not enough. Repeating the same mistakes you originally made is resilient, but also silly. You need to analyze your failures and determine what it takes to make a successful photo.

My Lightroom library has tens of thousands of photographs. Most of them you'll never see. Maybe you'll see hundreds, and a low number of hundreds. That's partly because I know that photography is a process. You have to take your shots, evaluate and try again.

Making a mistake isn't a failure. Believing in your mistakes is a failure. Creative people can be rather sensitive. You may look at your photos and feel like tossing your camera in the ocean. Photographers fail when they stop trying.

Why Photographers Fail More Than They Succeed

One of the things I used to enjoy about a workshop with a big name photographer was watching them work. I often got more out of that experience than what they shared as their workshop lessons. The mind at work is a wonderful thing to observe.

That's because you see how they work out a problem.

A photo that doesn't turn out seems like a failure, and it is if you stop there. Most of the photographers who taught me are tenacious people. They're paid to go out and get a photograph. They're not going home without one, at least not if they can help it.

Sure, sometimes you get skunked. That's particularly true if you cannot control your subject – like wildlife or event photography. Be prepared for the possibility that you will fail, but don't quit. Go back out the next time and try again.

One reason why photographers fail is because that tend to accept defeat. Maybe you ran out of time, or something isn't working quite right. It happens. However, photography isn't about one great click. It's about having a set of best practices that you can use to reduce the possibility of failure. Photography is also about making small corrections to get the shot.

Your success depends upon your willingness and ability to keep trying.

Why You Should Embrace Your Failures

Do you remember when you tried something for the very first time and it worked perfectly?

What did you learn?

Probably nothing. You either quit while you're ahead or you just do the same thing again the next time. There's no hardship. No lesson. Nothing learned. When you succeed, you stop there.

That's normal, isn't it? It's like the old saying from people who are searching for something.

It was in the last place I looked!

Of course it was in the last place you looked. Why would you keep looking once you found the object of your search? Most people are the same with their success. Very few will try to find a way to be successful with another method. They subscribe to the “don't fix it if it ain't broke” line of thought.

However, nobody wants to keep failing. If something doesn't work, we want to succeed. That's why failure is the best teacher of all things. We're willing to research, overcome obstacles and do nearly anything to get that sweet sensation of success.

In fact, success feels better when you had to work for it and earn it.

You may come across people who never seem to fail, as if everything comes naturally to them. What you don't see is all the work and effort they put into making their results seem effortless.

When I was a kid in school, I knew a kid named Chris Howard. Nice guy. Everyone loved him. Great at sports, good looking and it seemed as if he could do no wrong.

I resented the hell out of Chris.

Not that he deserved it. In my childish mind, I couldn't figure out why he was so great and everything was so easy, and yet I couldn't do anything right and it seemed like I worked twice as hard at it, too.

The truth is that I never saw Chris practicing basketball, exercising, studying or doing any of the things that made him seem so great when he showed up. He didn't complain, he didn't brag, and he didn't return my resentment – which was all the more infuriating.

It wasn't until a bit later in life that I learned I wasn't in competition with Chris or anyone else. The only person I had to compete against was myself. Once I learned that lesson, my failures took on new meaning and opportunity.

That's when I got a sense of peace and finally started to improve with anything I wanted to do.

Incremental Improvement is How You Succeed as a Photographer

I'll tell you right now that photography is not hard. It's entirely possible to be technically proficient as a photographer, take correct exposures, and call it a day. Yet you still feel like a failure.

That's because photography is more than a technical skill.

If you try to master every aspect of photography at once, you'll completely fail. There are just too many components that have to come together to create a great photograph.

So don't set yourself up for failure. Instead, make a plan for incremental improvement.

Here's a story I once heard.

Why do frogs hop? Because they'd bust their ass when they land if they covered the distance in one leap. So frogs hop, one incremental move after another until they reach their destination.

Learning photography is a lot like being a frog. Work on one thing at a time. Get it under control so you have an understanding of it and then move on to the next part of your journey.

Maybe you need to practice with exposure first. Then you work on composition. Maybe you add a flash and work on exposure all over again. Then you work on hiring models, body painters, lighting consultants, set decorators and caterers for a major photoshoot.

One hop at a time.

This is Why Photographers Fail More Than They Succeed

Taking a photo that isn't a raging success is normal for everyone. Photography is often a game of inches. You take a shot, and then slightly adjust something. Maybe you move a light, take a step to the side, or ask your subject to raise their chin.

The failure isn't final. It's part of the process. The only real failure is giving up because you don't think you can succeed.

I'll tell you that isn't true. You have it within you to succeed as a photographer. It just takes a bit of time, patience and willingness to keep trying. 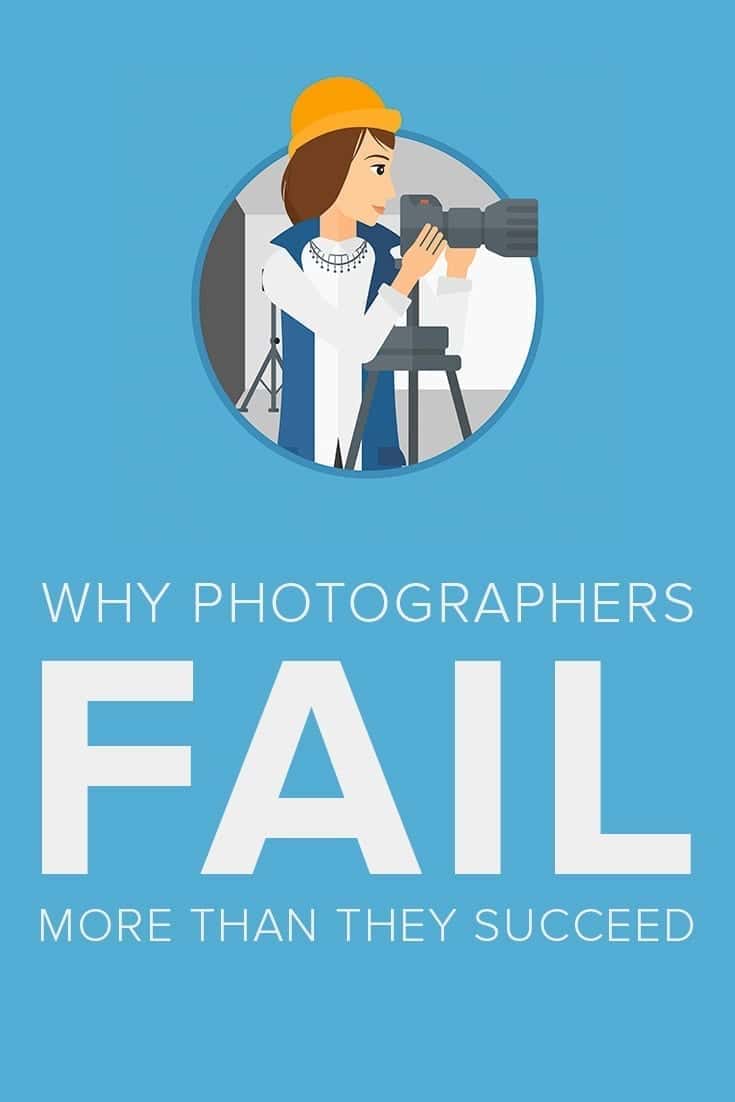 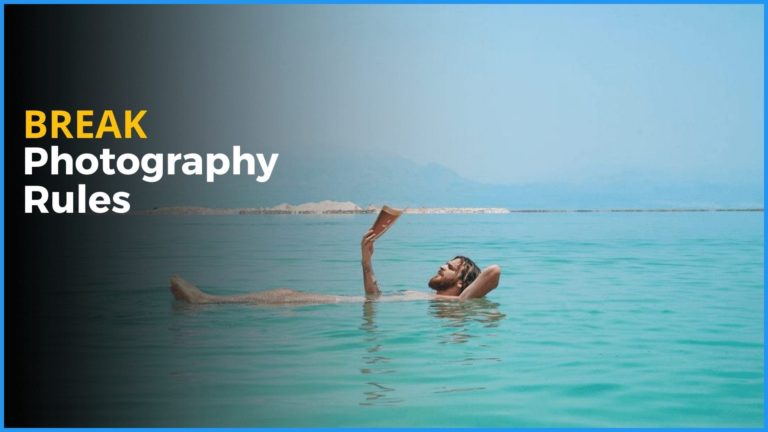 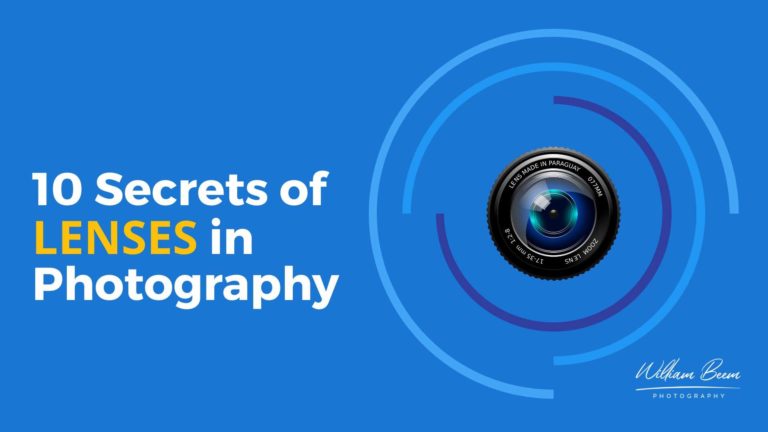 Lenses for photography have a dramatic impact on your results. They determine your composition, depth, and image quality more than any other component. We’ll help you understand what’s important for your photography. 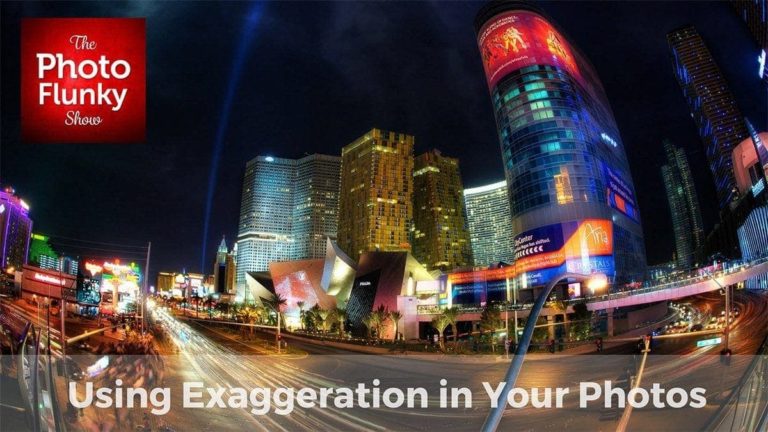 Why Using Exaggeration in Your Photos Can Enhance Your Subject Hello, and thank you for listening to The Photo Flunky Show. We hope this gives you some ideas to try out. In this episode, we talked about using exaggeration in your photos as a creative and fun way to bring out your subject. It doesn’t… 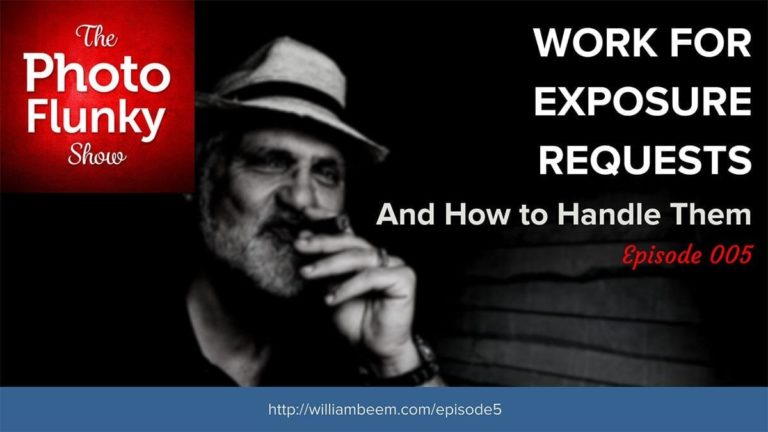 Have you been asked to let someone use your work for exposure? What is the value of your photo? That’s a question we’d all like to answer. The problem is that there are many people who want to use your photo, but they don’t want to pay you for the privilege. Instead, they tell you… 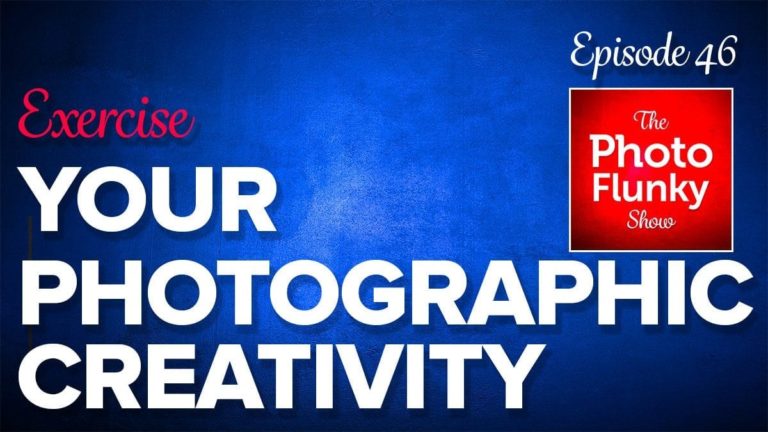 Your Photographic Creativity Needs Some Exercise Thank you for listening to The Photo Flunky Show. We really appreciate you. There are a lot of technical aspects to your photography. It’s good to practice to make sure you know your camera settings and exposures. However, creating a technically valid photo isn’t the same as creating an…