For some of us, wildlife photography just means a trip to the zoo. It’s understandable. Not everyone can wade into the woods or head off to Africa on a photo safari. We make the most of what’s feasible. I had a chance last weekend to do just that at the Disney Wild Africa Trek in Orlando. 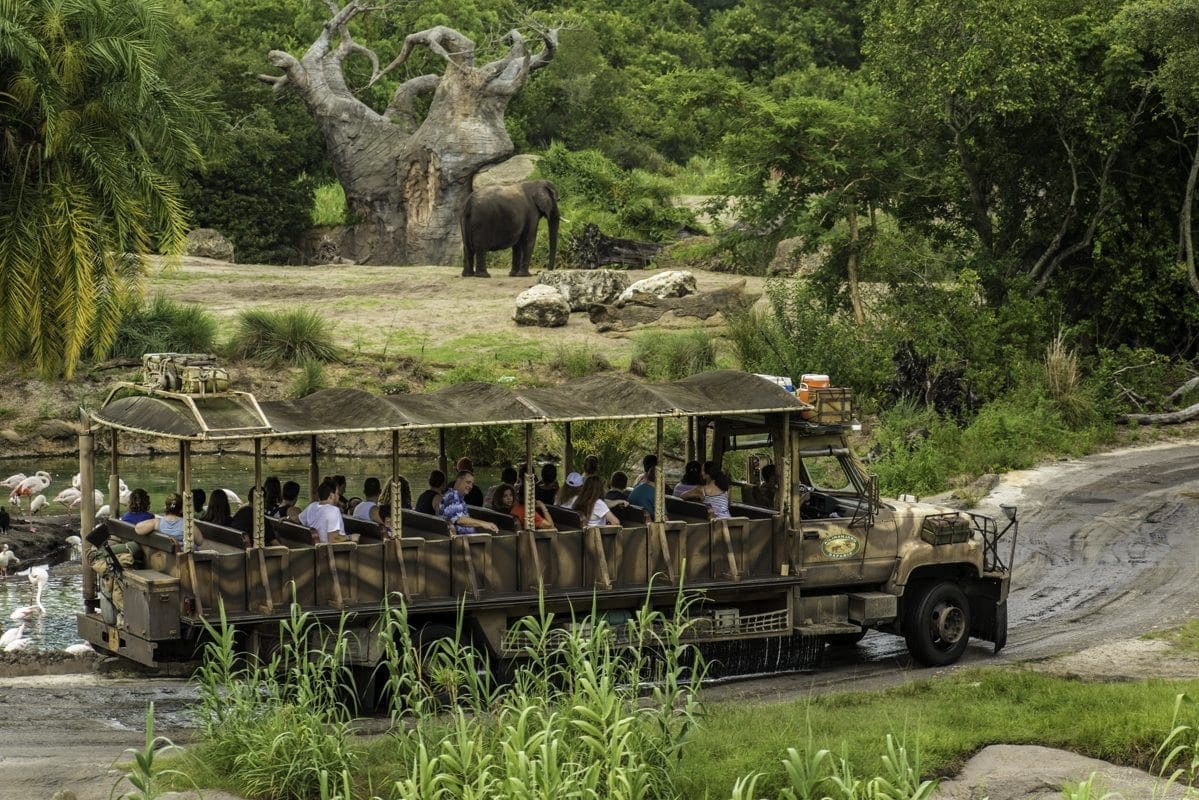 Walt Disney World’s Animal Kingdom has a unique take for folks to see exotic animals. One part of the park is the Kilamanjaro Safaris. You hop in the truck shown above with a lot of other people and drive over some damn bumpy roads through different areas of a nature preserve. Since it’s Disney, they toss in some story line about poachers and saving a baby elephant, but it’s really just a ride through areas to see the animals.

Trying to take photos on Kilamanjaro Safaris is challenging. The terrain has bumps rather than a smooth road, which I presume is supposed to help immerse you in the idea you’re in Africa, rather than an Orlando theme park.

The animals aren’t exactly cooperating, either. Unless you get an early morning ride, the animals are flat on their ass sleeping through the journey as the Florida heat builds during the day. The lions won’t come out. The cheetah is a yellow blob under a shady tree. The wild kingdom is on break during midday hours, which is just like the real thing.

Perhaps one of the biggest problems is that there just isn’t enough time. These trucks are on a schedule, so they won’t linger for you to get a shot. They won’t stop and wait for you. The best you can do is take another trip.

That’s why I was interested in the Disney Wild Africa Trek. It’s a different experience for an additional cost.  Three hours of walking and riding through the Animal Kingdom. A small portion of it take a different type of truck through the same area as the Kilamanjaro Safaris, but you also see more hiking through the woods.

Hanging With Hans The Hippo 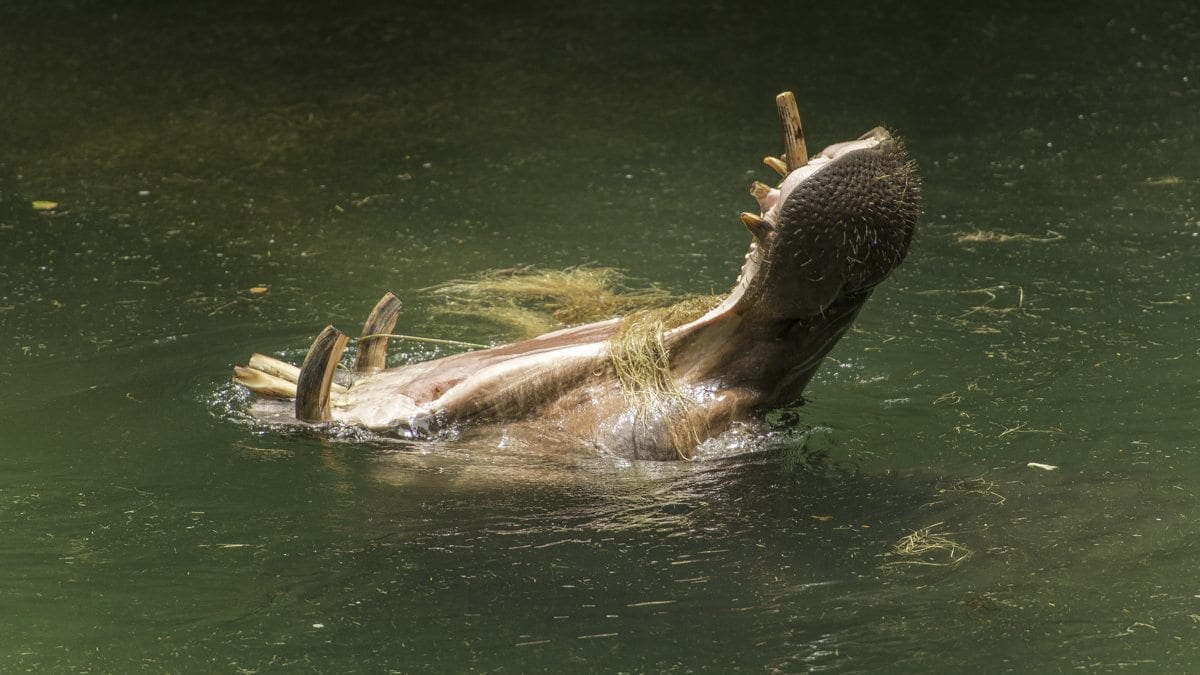 Our group suited up with a vest and harness and audio receivers so we could clearly hear our guides. The harness has a strong cable on the back that connects to the vest with a carabiner that connects to your vest. When we reached an area where you could plummet to a grisly death, you handed the carabiner to the Disney guide and they connected you to a safety line.

That came in handy on our first stop by the hippos. Male hippos named Hans and Henry. Our guide tells us that hippos kill more people in Africa than any other animal. They’re vegetarians, so they won’t eat you. They’re just rather picky about who comes into their territory, so they’ll attack a canoe or some ungainly tourist near the river.

However, further questioning makes me wonder why they get credit for the most kills. It seems they just want to stomp on you, but other animals come and take your bleeding carcass away for dinner. So while the hippo may hurt you, it’s really the lion or some other meat eater that I think should earn the kill.  Either way, best not to plummet into the hippo water and we appreciated the safety line.

Disney isn’t just showing the animals.  It’s also doing research, as happens with most zoos. They’re observing the animals, learning and sharing their results with the research community. We met a number of folks along the way who could rattle off a standard spiel about their animals, but there was more to it than a script. They knew their subjects quite well and could answer questions. Without giving you the details, trust me that you don’t want to know how a male hippo marks his territory.

The guys like to hang out mostly alone, but female hippos are fine to congregate. When you see photos of a bunch of hippos in one place, that’s the chick pool.

There are a couple of rope bridges to traverse on the Disney Wild Africa Trek. Once again, it’s a good place to hookup before you plummet to your grisly death. Not that you would fall into a crocodile pit, but rather you could fall onto the road that’s traveled by truckloads of tourists from Sheboygan, WI. 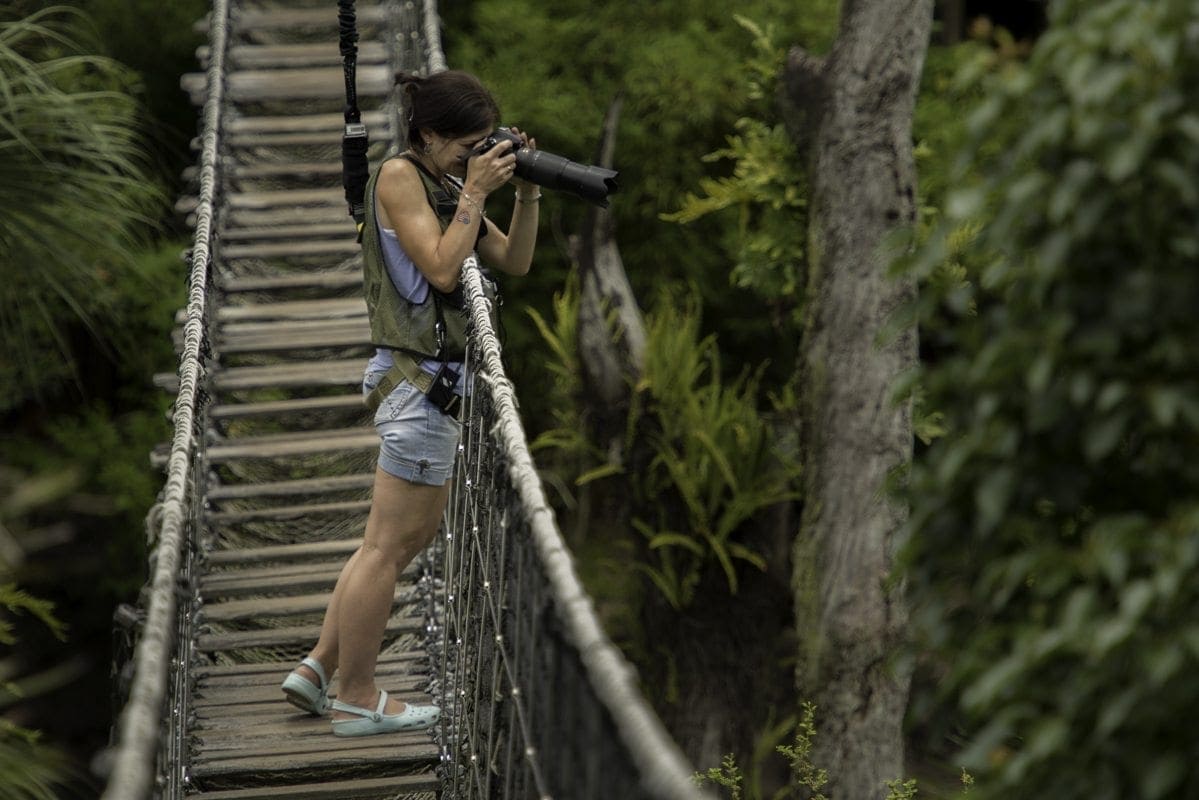 How she managed to take any photos on that bridge is beyond my skill. This thing was swinging, swaying and felt particularly unstable. Mind you, you’re safe. Not only do you have the harness and cable, but that bridge is much stronger than it’s meant to appear. You’re not going to fall off to the truck below. However, I couldn’t get a decent picture while the guy behind me was stomping his way forward, shaking the whole thing.

The Most Common Animal Pose 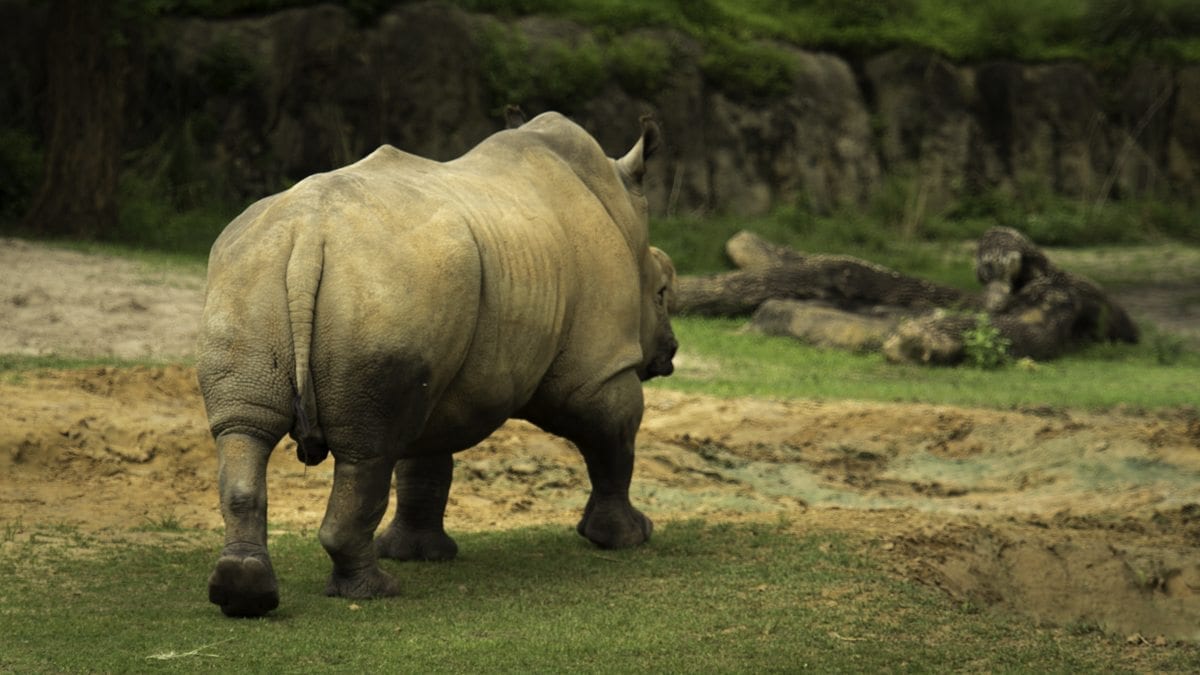 That’s right, you see a lot of butts. I have photos of rhino butts, elephant butts, giraffe butts, zebra butts. The only animal that didn’t show me it’s butt was the hippo. Doesn’t matter if the animal was predator or prey, they pretty much turned their butts toward us. It was so pervasive that I asked the guides why, but I never quite got an answer.

If you’re into photos of furry asses, this could be the trek for you. The problem is that there is just no guarantee what the animal may do. It depends upon the day and what other animals may be around them.

For instance, Hans and Henry the hippos were making some pretty loud noises and splashing a bit when we first arrived, but then they settled down. This rhino was pretty sedate when we first passed him. Then we went around a corner to see some other animals. Suddenly, an Ostrich started the most gangly, frantic run I’ve ever seen in my life. That’s because this rhino came charging on him to get out of his spot. All of that weigh builds momentum and he moves faster than I would’ve expected. Smart ostrich. Always run away if you see another part o the rhino than his butt.

At the end of the Disney Wild Africa Trek, you stop at a boma. Basically, it’s an elevated platform with a nice view of the savannah area where you get something to eat. More than a snack, less than a meal. It’s a very refreshing stop and a chance to be in one place while the animals do their thing.

It’s also a place where you get some photos from the Disney guides. 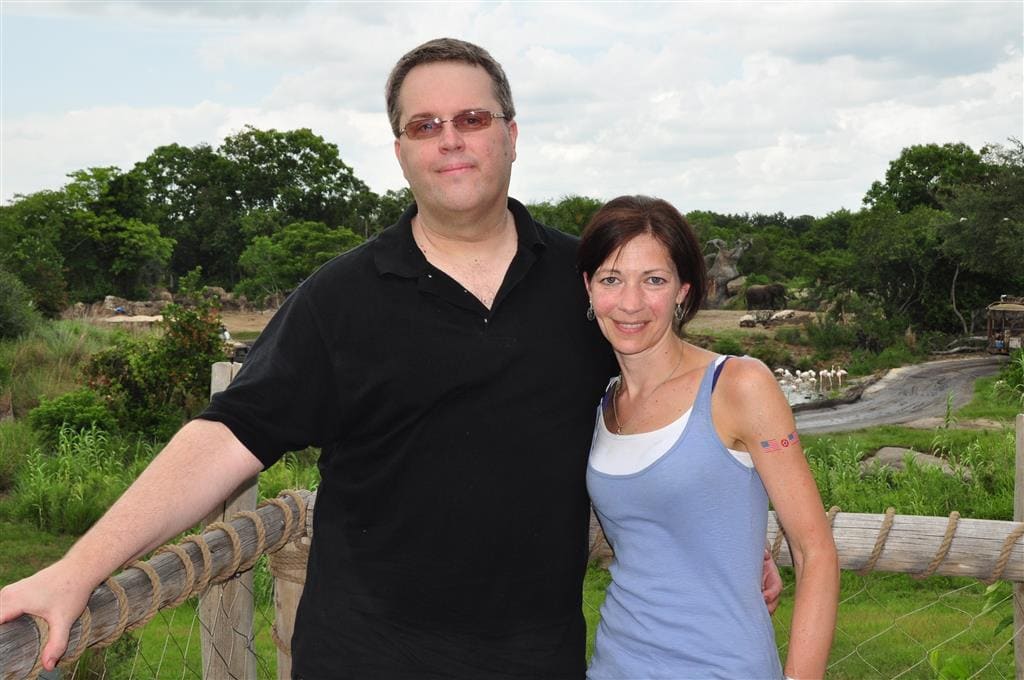 That’s my friend, Lee. She invited my to join her and her daughter on this trek. We were the two folks on this trek to bring DSLRs with long lenses, which must hang around your neck (something I never do.

There are binoculars around for guests, but we both raised our camera to photograph an elephant from the boma – the same one you see behind the truck above.

Elephants have a dim view of photographers.  As we looked through our lenses, the elephant just started pooping. Projectile pooping. She apparently had a lot for lunch, because it went on longer than I would have anticipated.  I’m going to need liberal use of the Healing Brush before I share any photos of that elephant.

Truth be told, Lee is more than a friend. She’s someone that I’ve come to know over the past few years and is always there for me. We live far apart. I’m in Florida and she’s in Scotland. Yet we have so much in common with each other. Values, hobbies, interests and just a sense of how to live. We both have fun and make each other laugh.

She visits Disney World with her daughter every year and I spent a lot of time heading out to be with them on this trip. When we had to part, it just became harder and harder to do so. We both know that we want to be in each other’s company and that finally reached its natural conclusion during this trip. We decided that it’s time to get married.

I’m now engaged to an intelligent, funny, beautiful woman with an incredibly cool daughter. They laugh and have fun, and I’m incredibly happy to be able to join their family. I could not ask for a better person to take me as her husband, and I’m just incredibly happy.

Of course, now we’re working our way through the immigration process before getting married. Lee and her daughter will come to Orlando and we’ll make our home and family here. It’s going to be very different for all of us, but I have incredible faith in both of them. We’ll get there one step at a time and that’s how we plan to live our lives together. Happily and together, just as they promise at the end of so many Disney movies.

Her daughter caught us in a nice iPhone snap after the trek and it sort of sums up how we feel. 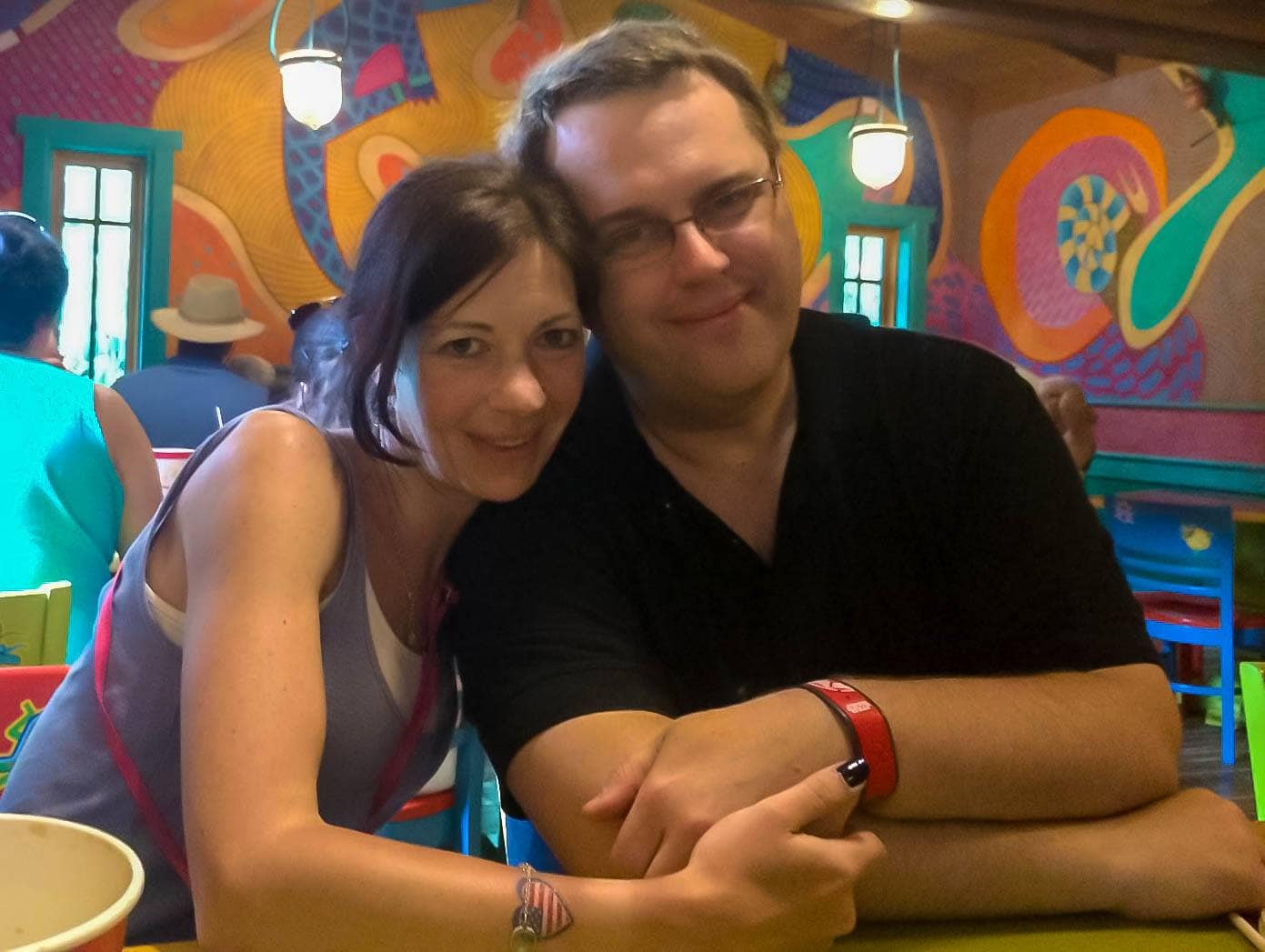 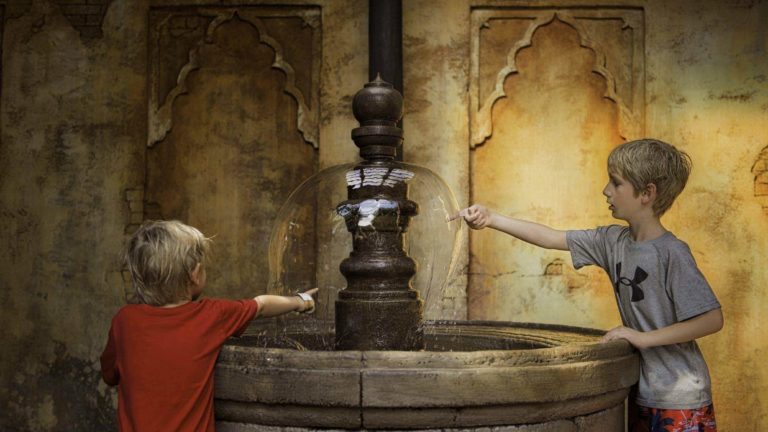 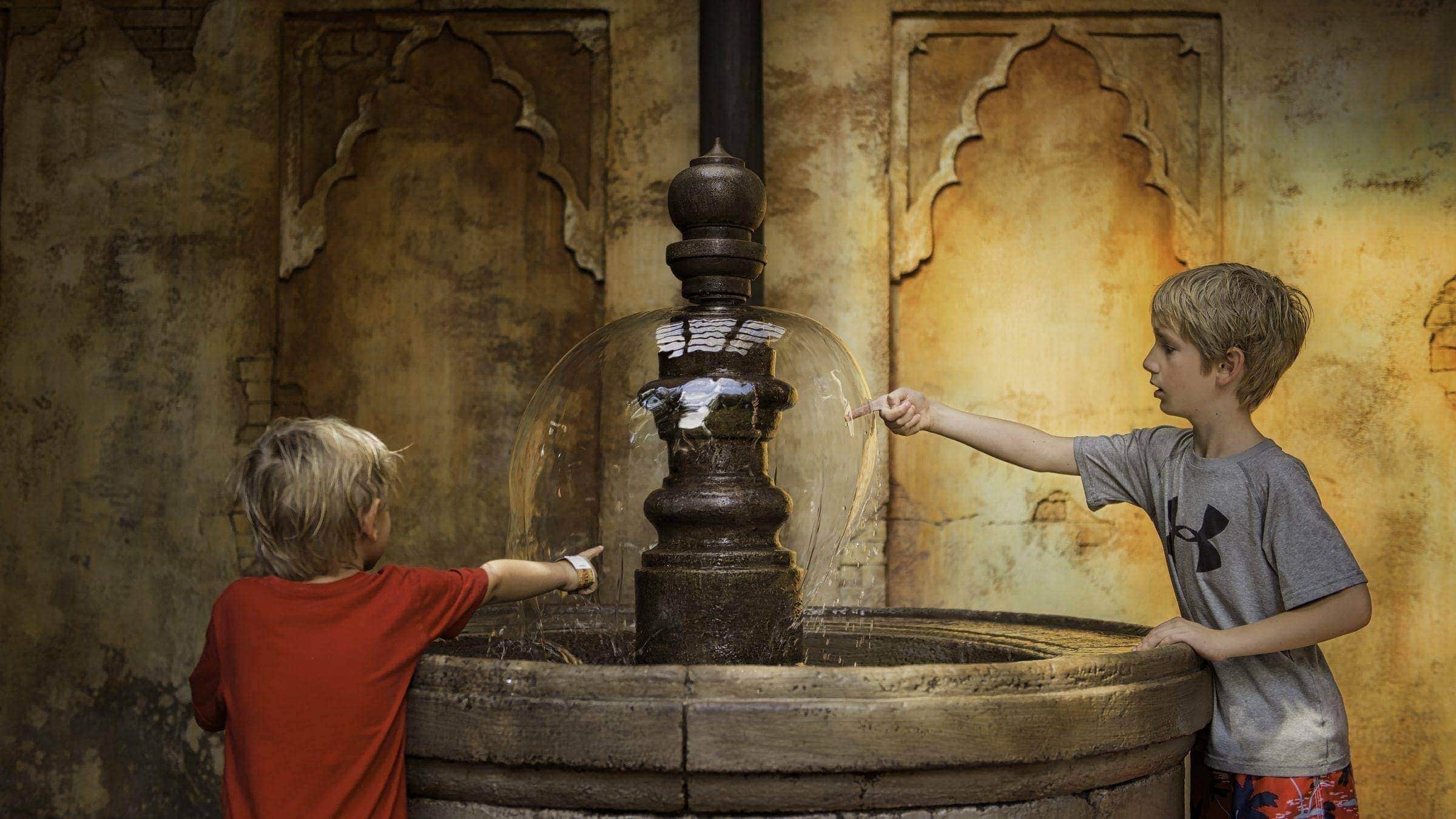 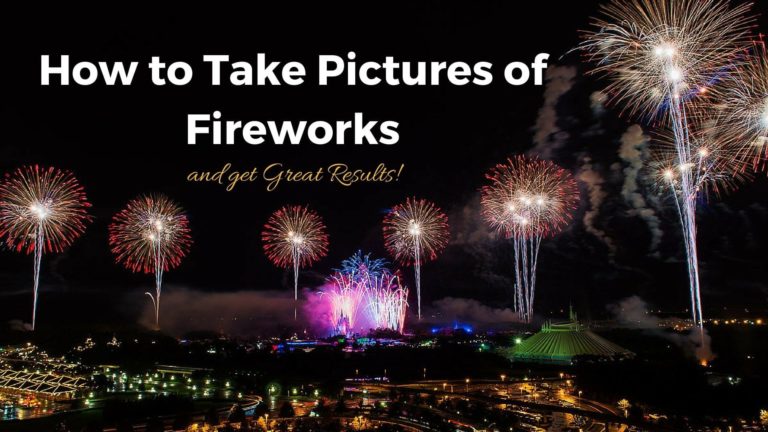 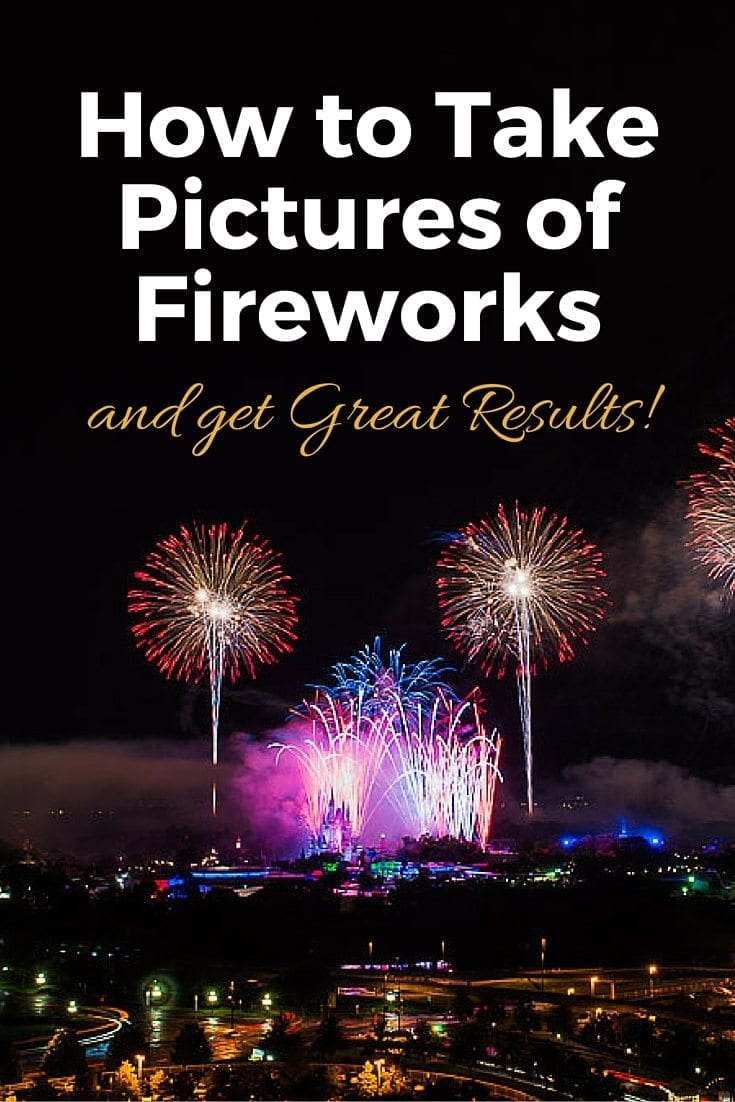 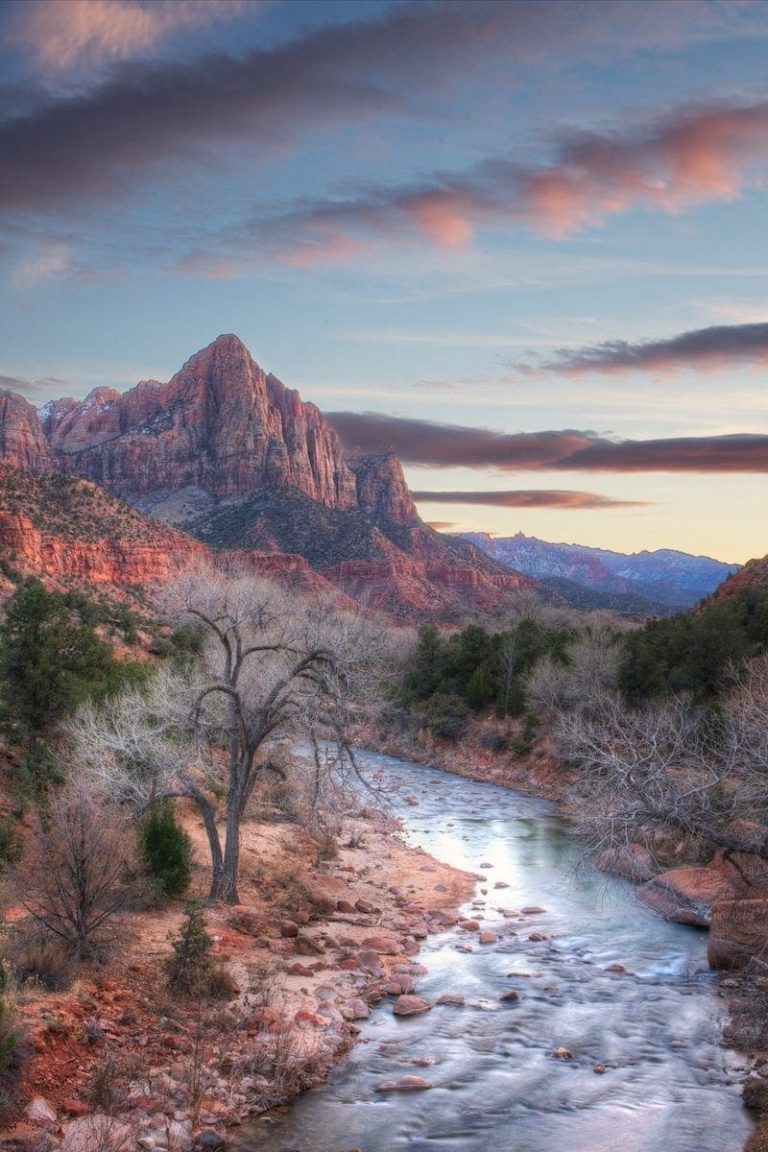 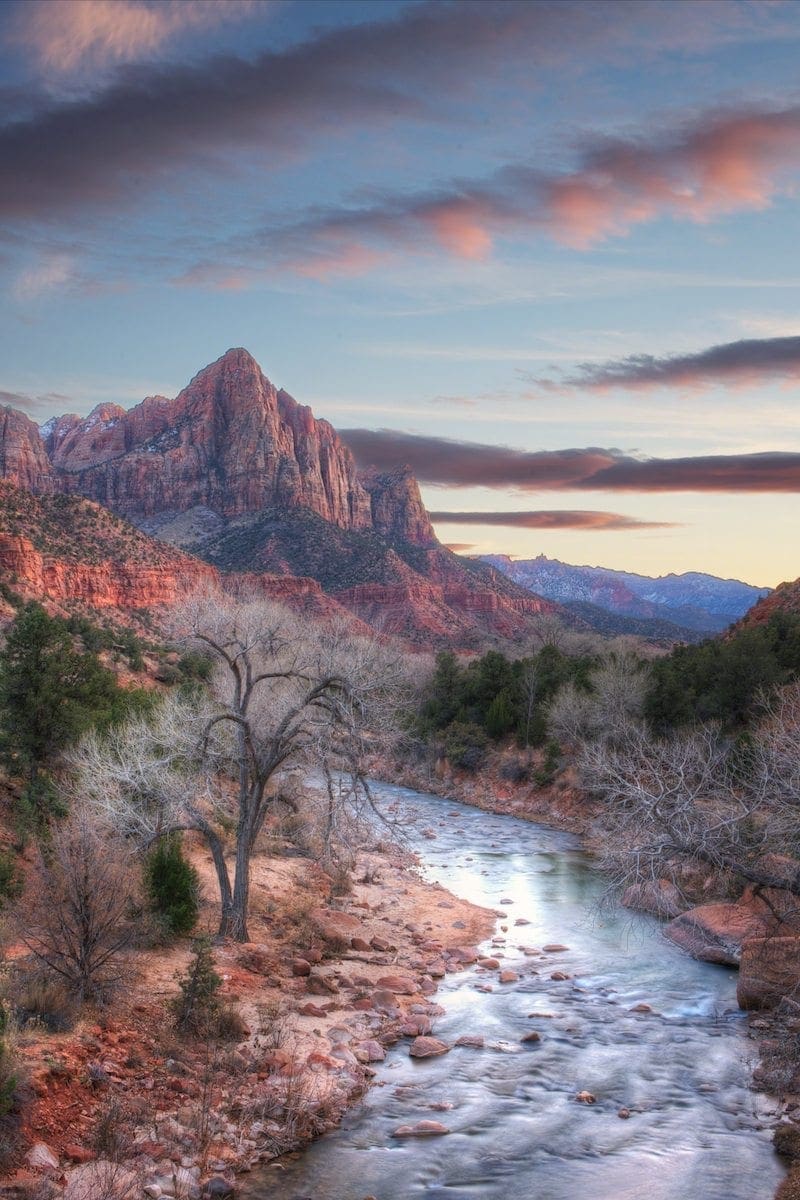 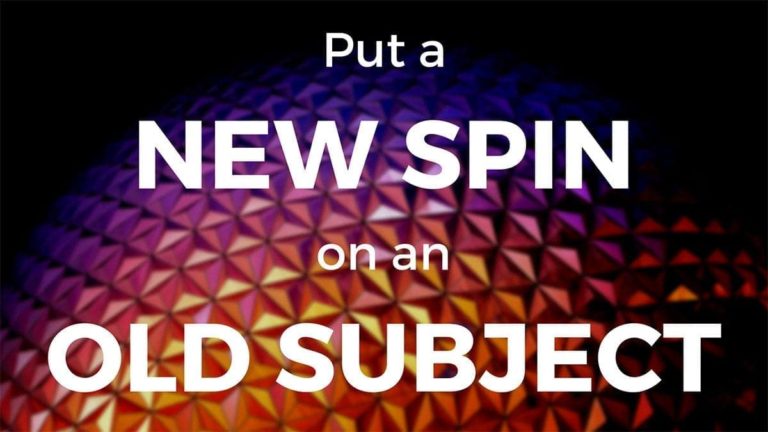 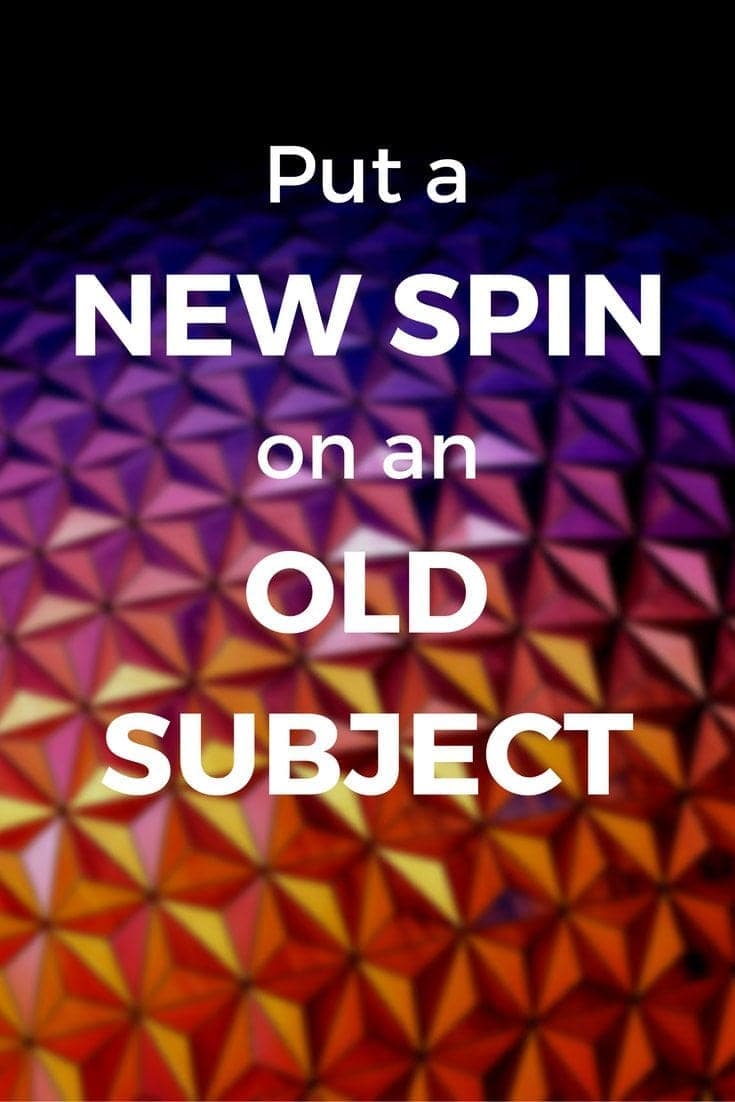 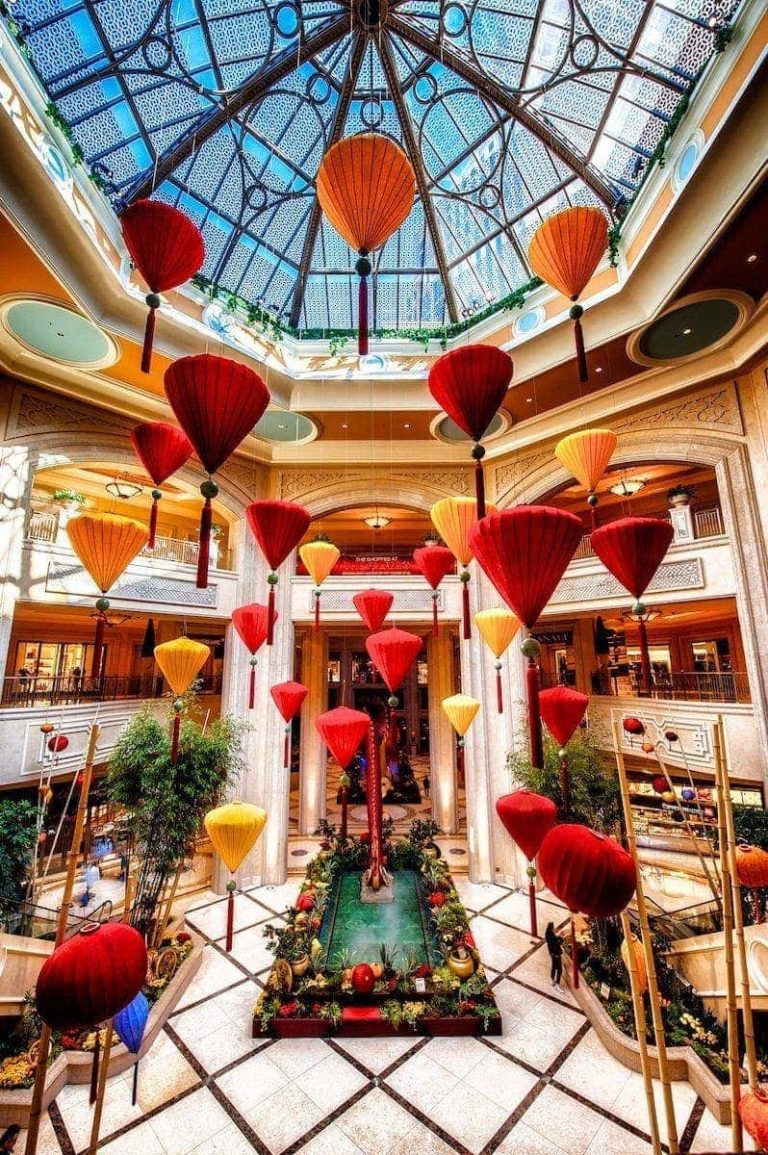 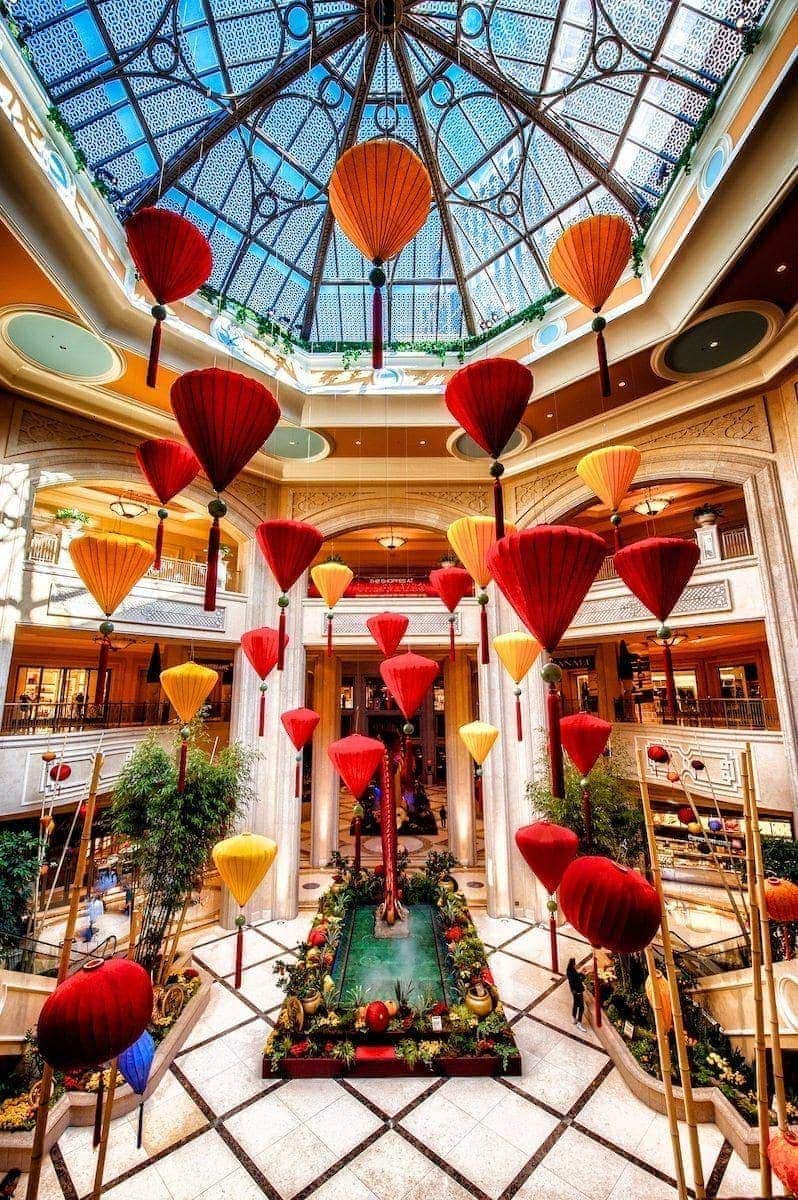